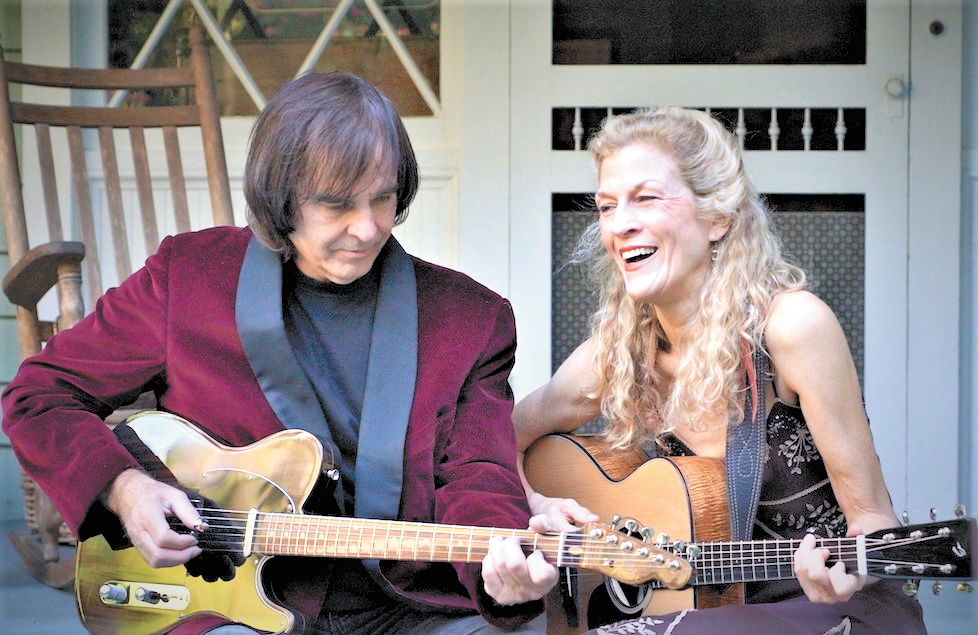 WILTON – The Folk Café will return to the Wilton Public Library for the second year with a series of six programs beginning on Oct. 4 with Jennings and Keller’s program “Judy, Joan and Joni – 3 Women That Defined a Generation.” The program will feature the works of Judy Collins, Joan Baez and Joni Mitchell, as well as some of their own songs.

Admission is free, donations are welcome, and refreshments will be served.

Jennings and Keller is an award winning, nationally touring duo based in Florida. They offer 21st century Americana influenced by jazz and folk music, blended into their own unique style.

Laurie Jennings Oudin is a former Shakespearian actress combined with a lifetime of professional singing.

They have been playing together for 12 years and have released four CDs. In true troubadour style they travel the country in their motor home, performing at festivals, cafes, wineries, and house concerts. They have earned a reputation for quality musicianship and expert storytelling.

For about 20 years, the Acoustic Café was held at the Wadleigh Library in Milford. They were forced by circumstances to move, and reopened in Wilton a year ago as The Wilton Folk Café. They are supported by the Main Street Association, Friends of the Library and many private donors.

Program arranger Sandy Lafleur reached out to past performers for last year’s programs and found more of them for this year.

Other programs in this year’s schedule include:

• Nov. 1, Atwater Donnelly with a blend of traditional American and Celtic folk music and dance, original songs and poetry; and array of instruments and clogging.

• April 3, Mike Agranoff, a versatile fingerstyle guitarist and singer whose songs range from the traditional to more modern, offered with humor and powerful storytelling.