Meet the pastors of GO! CHURCH 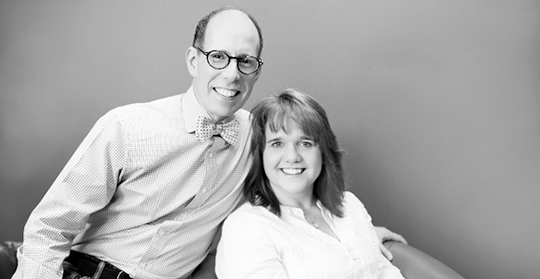 Go! Church meets Sundays 10:30-12:00 at 37 Back River Road in the Seventh Day Adventist building. Go! Church (“… you should go and bring forth fruit and your fruit should remain” John 15:16) “is an independent, non-denominational, charismatic, full gospel, church family. Its mission: To empower people to move forward in life. The word go is better translated, “as you are going“. It’s a continuous present tense action that is at the heart of this church’s gospel ministry. Go! Church is about both going and remaining.”

It began in Nashua as a Bible study with a healing ministry, then moved to a café on Saturday nights, then the third floor of the Odd Fellows building, where it became a new church plant, on to the Crown Plaza Hotel, then an office. In 2011 it combined with another church, and came to Bedford in 2017. We are reminded that “church” is a gathering of like-minded believers in Jesus Christ, and is not about the building. Too often churches with a building find that the building becomes the tail wagging the dog. Congregations in older buildings can appear to care more about the building than the worship service. Not a problem for Go! Church, on the go for 12 years! Welcome to Bedford where we hope you will remain!

I saw a short press release for Go! Church in Bedford, and was intrigued enough to go to the web site, get the address and time of service, and visit.

Following my GPS ended in a smile as I pulled in to the Seventh Day Adventist church building, which we all know has been there for years! What efficiency! Seventh Day on Saturday, and Go! Church on Sunday! I arrived early — the web site says 10:00 but the service is at 10:30. That gave me time to read literature in the lobby and chat with the few early birds. A young couple introduced themselves as the designated greeters for first-timers. They offered me, a stranger, water and coffee, and quickly made me feel pampered and special. They clearly have the gift of hospitality.

The service began with a welcome and announcements by Co-Pastor Karen Paul. Next two powerful songs were sung by an outstanding female singer, “V”. Then followed something I had never seen. Pastor Karen stood up front and addressed the congregation in “tongues”, sometimes called a “spiritual language.” Since I am unfortunately mono-lingual, it sounded like some foreign language to me. She spoke for two or three minutes. Then her husband, -Pastor Tony Paul, told us he would interpret what she had said, following the instruction in First Corinthians, “the manifestation of the Spirit is given for the common good…to some speaking in different kinds of tongues, and to still another the interpretation of tongues… If anyone speaks in a tongue, someone must interpret.” She spoke again in “tongues” and he interpreted. Each message was edifying. This was a new and unique experience for me.

The Bible account of the first Pentecost included speaking in different languages and dialects so that the multi-ethnic crowd heard about Jesus in their own primary language. Modern churches began using “tongues” at Azusa Street in California, in 1906, from which came Pentecostal and charismatic churches. According to the Go! Church web site, “all Christians are entitled to, and should ardently expect and earnestly seek, the promise of the Father, the Baptism in the Holy Ghost and Fire, evidenced by speaking in tongues.”

Pastor Tony Paul began his 75-minute sermon with humor, and then explained the key Scripture. He used visuals on the screen, and made many profound statements, using verses from various parts of the Bible. He was a good speaker, clear, and easy to listen to. I came away having been “fed” spiritually, with a lot to think about.

My time there ended with the First Time Greeters coming to me after the service, and introducing me to people who live in Bedford. I encourage you to visit, learn, and experience this new-to-Bedford church. Or you may watch the service live on Sunday morning: www.www.gochurchinfo.com/watch-live.

Garden Club to host program on Lilacs and Wildflowers

For over 100 years, the Purple Lilac has been revered as the NH State Flower! Come to the Monday, February 24 ...