The price of freedom is focus during Wilton ceremonies 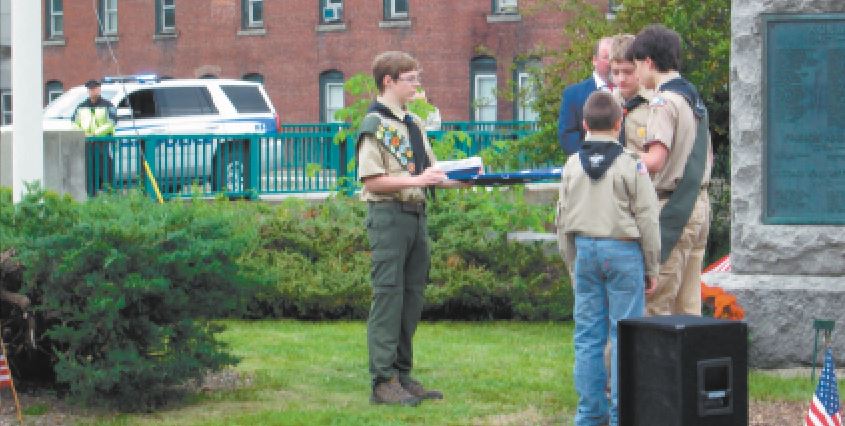 The parade through downtown included Boy and Girl Scouts, the Lafayette Artillery Company with its horse-drawn cannon, the Sons of the American Legion and the Legion Ladies Auxiliary, veterans and Army World War II-era vehicles.

Four members of Boy Scout Troop 10 demonstrated the folding of an American flag while Diane Salisbury described the meaning of each of the 13 folds and the significance of the ending triangle.

“There are far too many people now who don’t understand it,” said Paro, who noted that Memorial Day is when we recognize those who gave their lives that we may be free.

Paro mentioned various military groups that overcame great odds, including the black Buffalo Soldiers in the American West and the nurses on Corregidor in World War II who stayed with their wounded and suffered captivity with them.

Those were “the times when race and religion make no difference,” Paro said.

“From Valley Forge to Desert Storm, the heart of America is freedom, and the cost is high,” he said.

But, he said, “The price of forgetfulness is dear.”

Members of the auxiliary placed a wreath on the monument and one in the river for those lost at sea.

After the ceremonies, there was an open house at the Post Home on Maple Street.