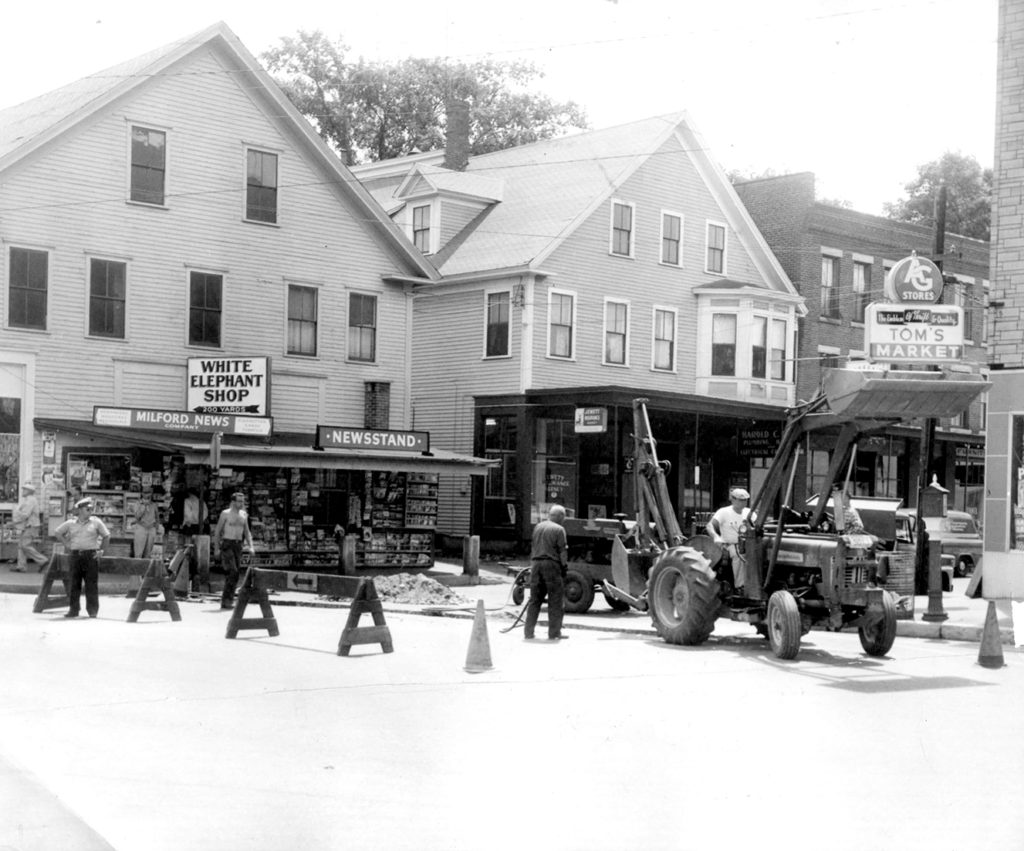 MILFORD – There have been shops on the corner of Nashua Street and South Street since 1797, according to the town history, and a shoe store on the corner since 1884.

But there hasn’t been a business in One Nashua Street for a very long time, not since Salvatore Crisafulli closed his Boston Shoe Store 30 years ago.

Crisafulli had cut the building down to one story in 1969, and, if not an eyesore, there is general agreement that in recent decades the building has added nothing of value to downtown Milford.

Now contractor Steve Desmarais is tearing down the old structure and building a new two-story mixed use building with a peaked roof.

Desmarais and property owner Jed Dokmo, of Buttermilk Falls, LLC, were at the selectmen’s meeting Monday night as the board voted unanimously to grant a tax incentive for five years, the maximum possible under RSA 79-E. 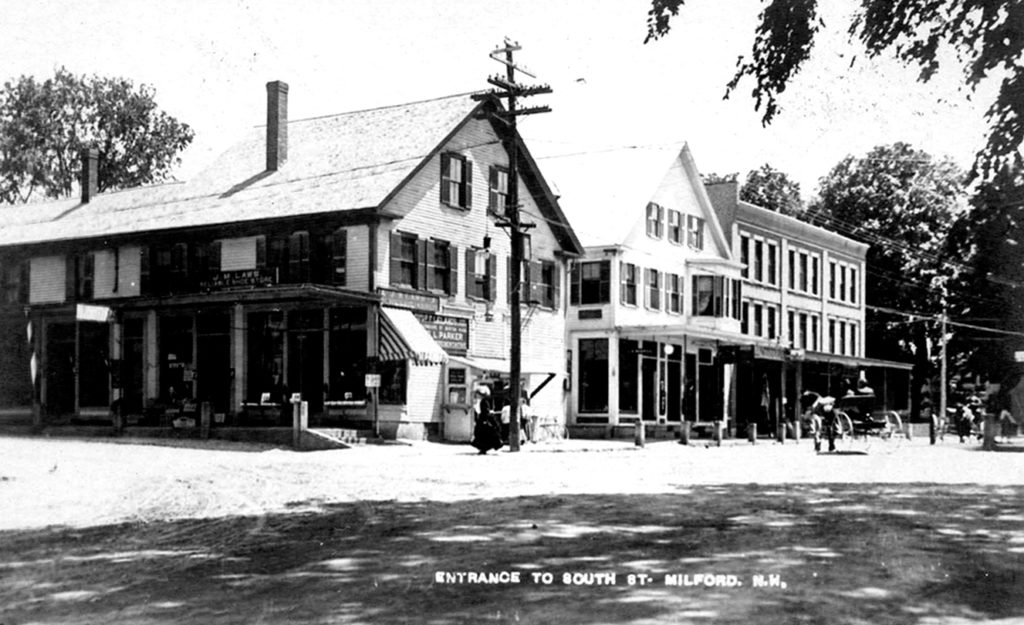 Selectmen agreed that the new building fulfills many of the requirements for tax relief under the law, including the enhancement of downtown economic vitality.

Plans call for a restaurant on the second floor, with an outdoor patio overlooking the Oval, and a sandwich-ice cream shop on the ground floor. A third unit will be rental space.

In 2017, Milford voters approved a warrant article that authorized community revitalization tax incentives, established. The law allows some tax relief as an incentive for property improvements to underutilized commercial buildings.

Lincoln Daley, Milford’s community development director, told the board this is an ideal project for downtown Milford. The old building had lost all historic importance, he said, and the new one will replicate elements of the two-story Colonial structure that was once there.

“The design looks fantastic,” said selectmen’s Chairman Kevin Federico, who noted “there is a lot of buzz” about it on social media, and “we are all watching.”