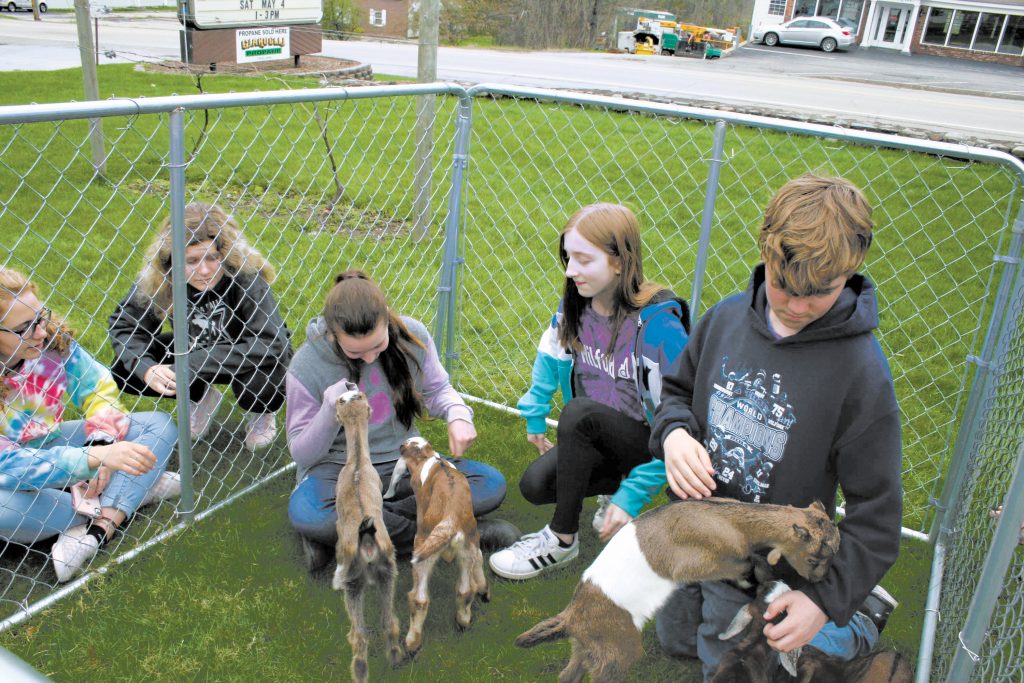 And a Milford High School team called “We Were Seven” earned second place for their engineering challenge.

That means both teams go to the Destination Imagination global finals in Kansas City, Missouri at the end of May, competing against 50 to 80 teams from around the world in their respective challenges.

That is, if they raise the money to go. Registration is $5,500 per team. Travel expenses and accommodations are expected to be around $2,000 per student and chaperone. With 13 total team members, team managers, chaperones and a district coordinator, that is a lot of money to raise in a short amount of time.

The point of Destination Imagination is to develop creative, critical thinking and problem solving skills by having the kids face a series of challenges under time pressures.

Each challenge must be completed within an eight-minute time frame, and include an original skit with props and costumes. The engineering challenge, for example, includes building a structure made only of wood, tape and glue, weighing under 160 grams and holding up to 685 pounds.

The AV Olympians’ fine arts challenge centers on a game – they chose Clue – and they must work in some kind of physical element that triggers a “sudden event.”

Each team must also compete in an instant challenge in which they are given a problem to solve, directions, and about five minutes to figure out how to solve the problem and a few minutes to present their resolution.

Absolutely no outside help or suggestions are allowed. But right now the challenge is raising the money to go to Missouri..

But they don’t give a lot of time to fundraise. The global challenge is May 22-25.

Here are some of the upcoming events:

A musical fundraiser with Earth Mamas, 7-9 p.m at Union Coffee, with a suggested $5 donation, and quiche pick-up day at Windows on West Street, noon-2 p.m.

Bake sale at the Milford Fishing Derby at Railroad Pond.

Checks can be made out to Milford Destination Imagination and sent to Milford High School, 100 West St., Milford, N.H. 03055.

If a donor wants to specify the team they want to support, that can be indicated on the check.

The students talked about their challenges at the school board meeting Monday night, and the board voted to give each team a