Lessons from the Blue Zones 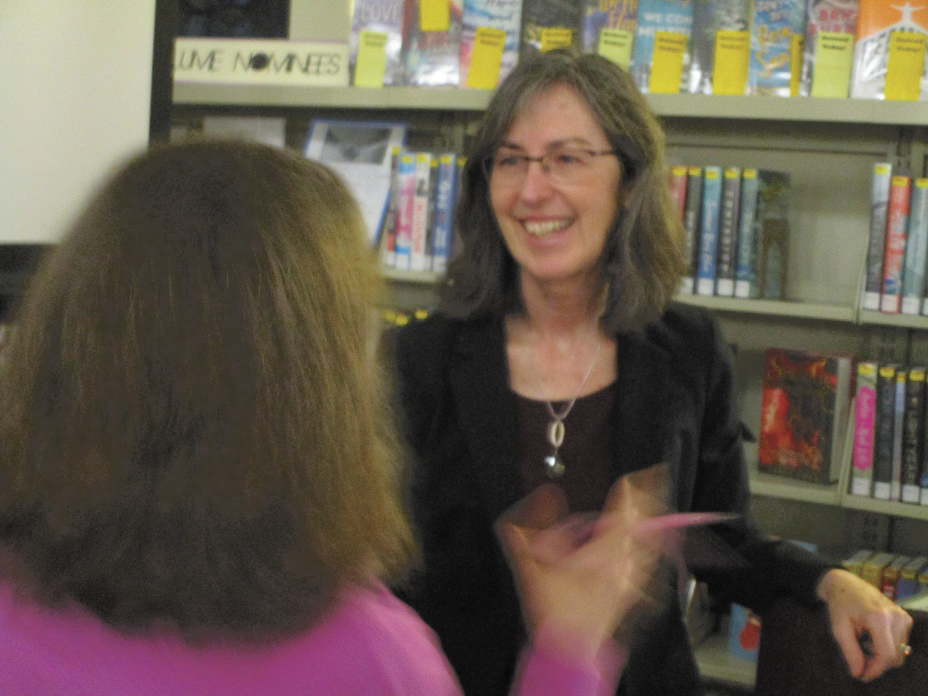 AMHERST – What do Loma Linda, California; Sardinia, Italy; Ikaria, Greece and Okinawa, Japan all have in common? In these little pockets of the world people tend to live three to 10 times longer than people who live elsewhere.

Paula Koppel, a geriatric nurse practitioner for more than 30 years, talked to an overflow audience at the Amherst Town Library last week in a program call “Adding Years to Your Life and Life to Your Years: Lesson from the Blue Zones.”

The Blue Zones are what National Geographic researchers called those special places where people seemed to sidestep what we think of as the normal ills of aging. (The name came from the blue pens the researchers used to mark their maps).

Scientists found there are common characteristics among people living in these Blue Zones: they keep their bodies moving, often with regular outdoor work, which has a dramatic effect on their heart health, Koppel said, showing slides of elderly women in China hauling water. In Vietnam, city parks and streets are filled with people doing Tai Chi or playing badminton or other games.

“A lot of the ills associated with aging are really from lack of use,” she said, and described how researchers at the Hebrew Rehabilitation Center in Boston gave older adults, in their 80s and 90s, strength training and saw remarkable improvements.

“One woman said, ‘I now walk better than my daughter, and I don’t have to use a walker’.”

And as more people live longer than ever before, it’s just as important to have a health management plan as it is to have a financial plan, Koppel said.

“We all have a financial manager,” Koppel said, but few have a health coach. In almost 35 years as a geriatric practitioner, she said, “every day I saw people who didn’t invest” in their health and who were surprised by their poor health as they got older.

It doesn’t happen all at once. “It’s insidious,” she said, with a very gradual decline until about age 65. That’s when people find that their functional ability crosses into disability, and they have to, for example, grab the door handle to hoist themselves out of their car. Hikes become more challenging.

“It seems like it came out of the blue, but it happens gradually,” Koppel said.

What can slow down the decline is regular exercise. “A lot of us don’t think we have much control,” she said, and think we have “bad genes” and the cards are already dealt.

But an explosion of research over the past few decades shows that our genes are quite adaptable and are greatly affected by lifestyle decisions.

Twenty-five to 30 percent of our health is related to genetics, “so about 70 percent we can control,” she said. And it works the other way: “If you think your genes are going to save you” from an unhealthy lifestyle, “that’s not true.”

Keep moving was the first of seven lessons that were taken from the Blue Zone studies.

The second is called Hara Hachi Bu, a Confucian teaching that instructs people to eat until they are 80 percent full. Weight gain is among the top 10 reasons for early death and a restricted diet contributes to longevity by up to 50 percent, Koppel said, by forcing you to burn fat.

There are many big open produce markets in Blue Zone areas, and that points to number 3 on the Blue Zone list: “Eat plants” and avoid eating meat on a daily basis. “The idea we have to eat protein in each meal contributes to a lot of problems” … and the fiber in plants lowers the risk of many cancers, Koppel said.

Number 4: “Drink with friends and family,” since small amounts of alcohol seem to increase longevity.

Number 5: Ikigai, is Japanese for “a reason for being.” Have a reason to get up in the morning, Koppel said. She described how researchers gave small plants to nursing home residents and half were told not to worry about them and the other half were told they were responsible for the plants. The “difference in mortality rates was stunning,” Koppel said.

Number 6: Slow down and incorporate rest and relaxation into daily life.

Number 7: Stay connected with who or what you value.

Koppel is a graduate of the Duke University School of Nursing, has a master’s degree from Boston University and is certified by Duke Integrative Medicine as an integrative health coach. She was director of geriatrics at Winchester Hospital for many years and in 1999 established her own consulting company. She is pursuing a PhD in nursing at Duke