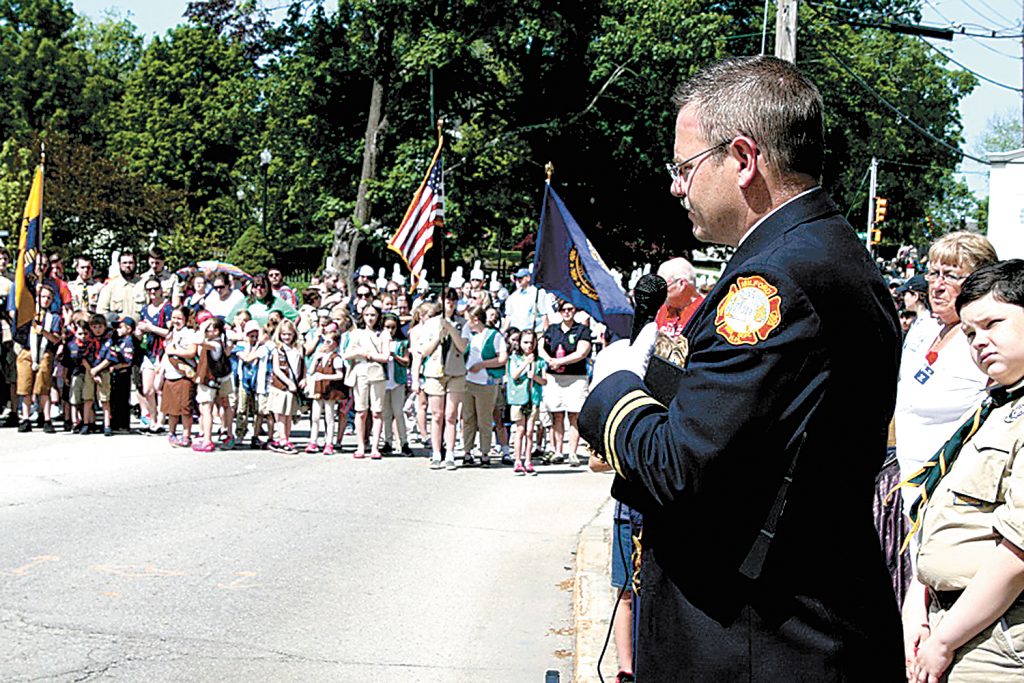 MILFORD – They were not just statistics, they were our sons and daughters and our husbands and wives, said Gary Williams before he read the names of the 28 American men and women who died so far in military conflicts this year.

And that stark reality of lost lives is brought home, he said, during midnight phone calls or visits from a chaplain.

Williams was guest speaker at the town’s annual Memorial Day observance, which included a parade of scouts, veterans, the Milford High School Band and the Daughters of the American Revolution. Every year they start with ceremonies at the West Street Cemetery and march down Elm Street to the bridge across from the World War II Memorial.

There the Auxilary of the Sons of Union Veterans of the Civil War dropped poppies into the river before members of the Ricciardi-Hartshorn American Legion Post 23 fired a rifle salute. The parade then marched to the Oval bandstand.

“Our way of life is shaped and supported by their service,” said Williams, who is chaplain of Milford police, firefighters and EMTs, as well as pastor of the Burns Hill Christian Fellowship. He expressed gratitude for the large crowd that filled the Oval, “an incredible outpouring” of respect for those who paid the ultimate price.

About 1.3 million Americans have given their lives in all wars, including “the heartbreaking” conflict, he said, that caused the greatest loss of life – the Civil War.

To follow their example, he said, “take some time this year to be of service.”