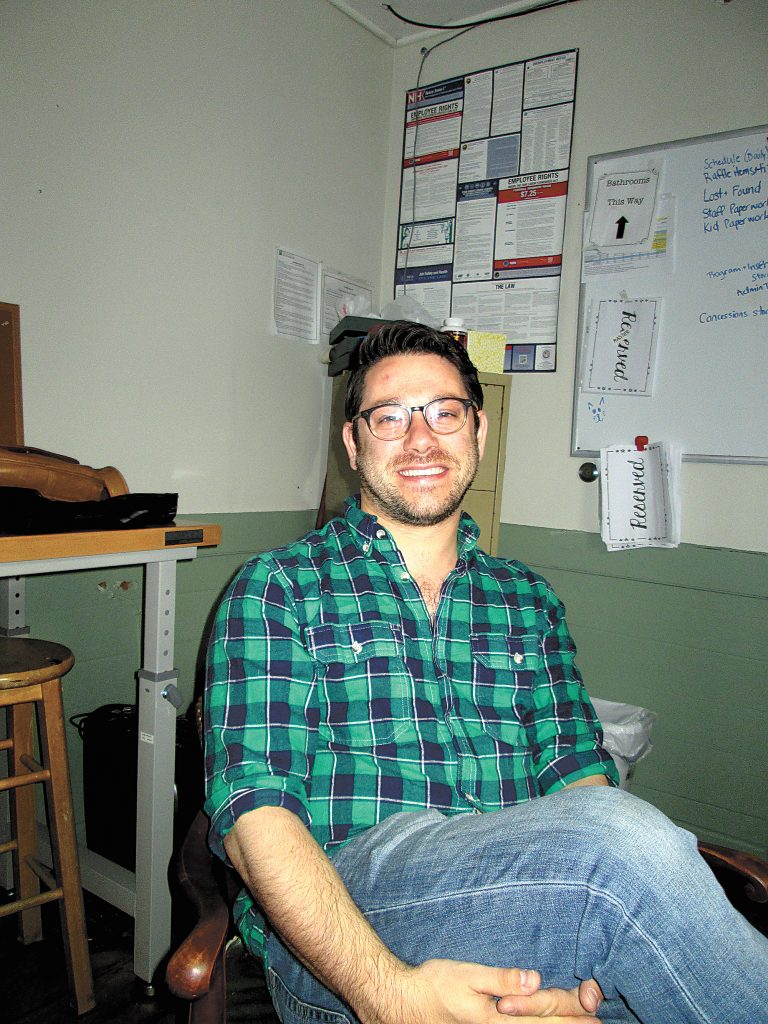 WILTON – Andy’s Summer Playhouse is gearing up for their 49th season of children’s theater.

“This is the last of our themed years leading up to the 50th,” Artistic Director Jared Mezzocchi, now in his fifth year, said. This year’s theme is “The Summer of Rebellion.”

For instance, this year’s musical is “The Resisters: A Football Musical,” written and directed by Mezzocchi, which will be presented in August. A group at an all-girls high school wants to form a football team and join the prep school league.

“The idea came from a podcast about the origins of football,” Mezzocchi said, a Native American school couldn’t join the league because they weren’t white men.

“There’s been a huge surge in gender identity,” he said. “We wanted to do a sports story and attract a different audience. We hope it isn’t just about football.”

“We look at a story from as many angles as possible. We’re using theater as an opening of a conversation between children and adults, using the power of theater as a classroom between generations, not just fun art but a deeper meaning.” He added, “We try to answer the questions children have, what their parents want them to have.”

“Goblin Secrets,” written and directed by Wyckham Avery, runs on July 5 through 13. Hoping to find his lost brother, Rownie escapes the home of witch Graba and joins a troupe of goblins who perform where humans are forbidden to wear masks.

The focus is on clowning, circus and physical theater.

There are two teen shows.

“Ripe Frenzy” is July 18-20. Winner of the National New Play Network’s 2016 Smith Prize, a narrative about a community in the wake of tragedy.

“URL vs. IRL” runs July 25-27. What is more real – the lives we lea in “the real world” or in “the online world?” It combines the use of high-tech gaming technology and low-tech theatrics.

Additional programs include a series of workshops on playwriting, brainstorming experimental ways of presentation, directing, film, puppetry, voice and text.

Workshops run for a week.

An apprenticeship program provides an opportunity to work behind the scenes on sets, costumes, lights, sound. They are mentored by professional technical staff.

“The Greenhouse” is a one-week “throw things against the wall and see what sticks,” he said, “and is more process oriented.” This year’s production will be “Hannah’s Dance: The Last Dance of the Kulturbund.”

“We cover all aspects of theater in some way,” Mezzocchi said. “We hope we can provide the many styles for all types of children. We have tried to create a program that encompasses everything. It’s helpful to have different kinds of experiences so every child can feel there is a space for them.”

For next year, the grand 50th, Mezzocchoi said, “I’ve called for proposals from alumni. It will be a much more vast program, a more festival atmosphere.”

Andy’s is unique, he added. “It’s unusual for a children’s theater to last 50 years.” He said he had been talking with former director Dan Hurlin. “There have been a lot of changes over 50 years, but we’re still tackling the same issues.”

Tuition has been lowered again, he said, “and we will continue to do that. There is more scholarship money available.”

For information see Andyssummerplayhouse.org or call 654-2613.