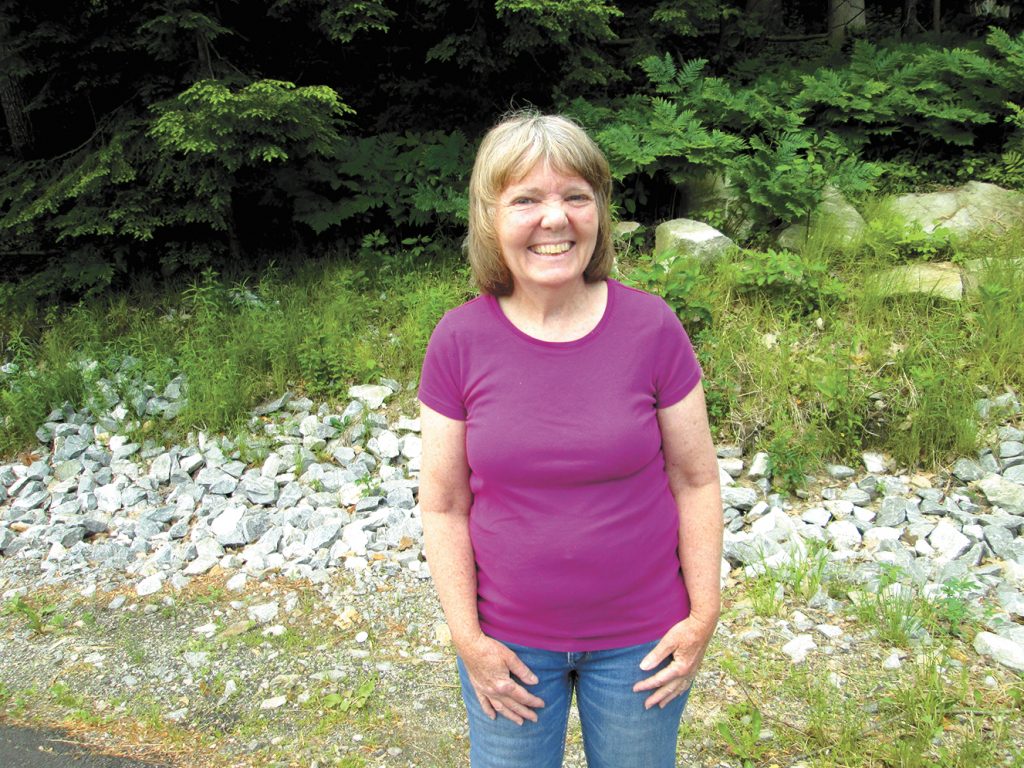 WILTON – Since the WLC middle/high school opened in 1971, there have been two art teachers. The second one, Judith Wing, retired last week after 30 years at the school.

“When I took the job, people asked me how I could follow a teacher like Eleanor Greer. She was almost legendary. It took me many years, but I finally met her,” Wing said, enjoying the first day of her retirement. “She was about 95 years old and in a nursing home, but she had her memories. I brought her the art supplies she wanted. It was wonderful.”

The reality of not working had not yet set in, she said. “It doesn’t seem possible yet. It will be different come September. That’s when it’ll all hit me.” She added, “It’s been an incredible journey, thinking back. I was so welcomed by faculty. It was friendly, sharing classrooms. I’ve been nostalgic all year, thinking back.”

Prior to coming to Wilton, Wing, who lives in Milford, taught a year in Thornton. “I was their first, part art and part special education. I literally taught out of a closet.”

After that she was two years in Ashland, also in both areas, and one year in Merrimack.

“In between I got my master’s degree, and then worked in a hospital as an art therapist. Art therapy is psychotherapy through art, helping someone who can’t verbalize well. People kept suggesting special ed, but I wanted to be a full-time art teacher. I was in Merrimack when Mrs. Greer decided to retire in 1989.”

She recalled those first days. “I always loved the setting, driving up the driveway to that gem of a school on the hill top, surrounded by woods. City kids don’t have that scenery. It’s one of the prettiest settings I’ve ever seen.”

She added, “I worked with some of the best teachers I’ve ever met. So many incredible people, a lot of really strong friendships, all part of the small school thing. We were very close knit.”

That changed somewhat when the middle school was added, she said, the staff and classes were divided.

The art department grew, too, she said. A kiln was added, and a storage cupboard.

“As the only art teacher, we tried to offer everything, a little sculpture, painting, some crafts, a little bit of everything. And the kids taught me all kinds of stuff, they said ‘just try it.’ It was all pretty good.”

Education has also changed over the past 30 years, she said. “I don’t agree with a lot of the new thoughts, like the way grading is done. There are a lot of loopholes in the system, the competency testing. I believe in public education, but some traditional ways are perhaps the better way. I think my philosophy has changed, or maybe today’s philosophy isn’t mine. Teaching to the test isn’t the right way to go.”

What will she be doing now? She wasn’t year sure. “I want to do my own artwork. I’d like to work with someone who has an art program going. I want to travel. There are a million things I want to do. There are a lot of (non-profit) organizations, like 68 Hours of Hunger (The providing of weekend meals for school children). I’d love to work with dog rescue. And I have a great three-year-old granddaughter to spend time with. I’d love to just sit and relax and read.”

But already, she said, “people are telling me about two-days-a-week positions in the area. Art teachers are hard to find.”

She said, “It’s been an incredible journey. I’m teaching the children of the children I first had as students. I see people all over that I have taught. It’s been my other home for 30 years. Wilton’s been very good to me.”

Her position will be filled in September by Emily Hall, a native of the area who has been teaching in Virginia.