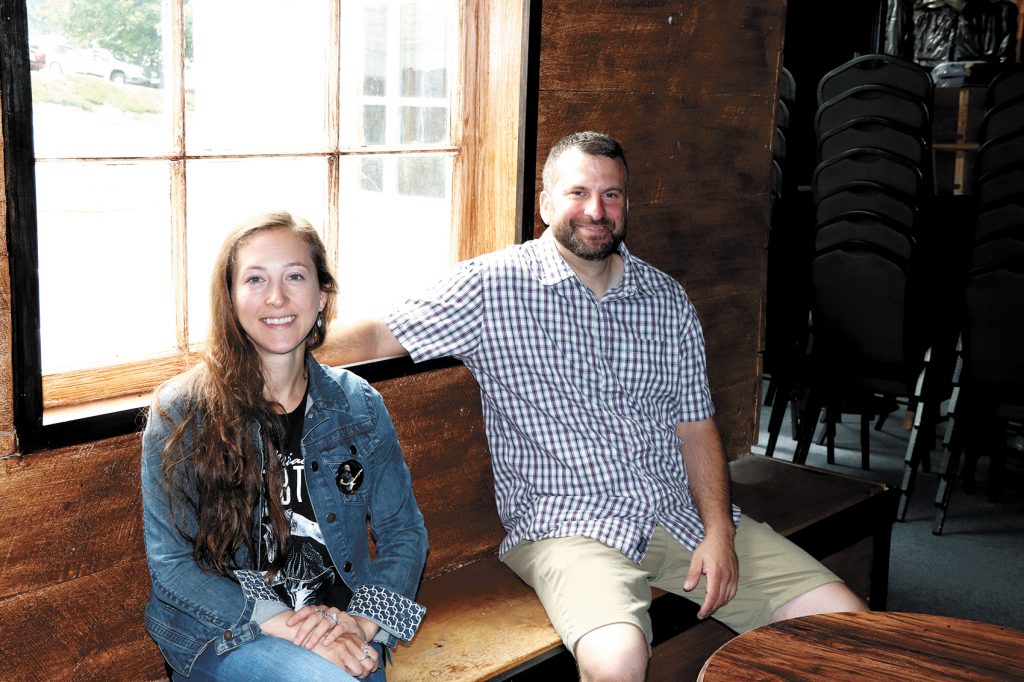 The old Milford Montessori School got some well-deserved love when owner Chad Zingales and Rachel Barnard put their heads together to restore and provide a great listening room and venue (owner Zingales) and offer national acts in Milford (booking agent Barnard).

“Zinger’s, being a new venue, this is Chad’s project,” said Barnard, owner and founder of Forte Artist Management. “I just came in to bring blues into the venue.”

“It’s a performance space,” said Zingales, who is also the director of operations for the Amherst Country Club. “Music has been the first one we’ve gone to. But we have comedy shows booked. Lenny Clarke is coming on Aug. 9. We’re hoping to do live story-telling, probably some improv, maybe some roasts.”

The venue will be open for select shows to begin, and then go from there. 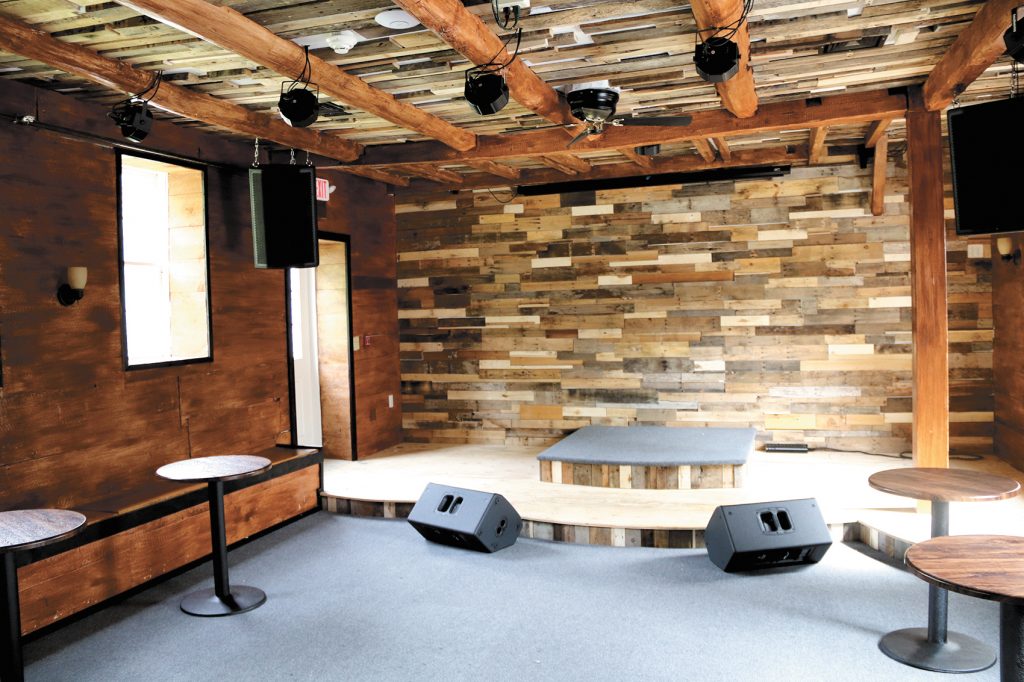 “Rachel has been great with booking acts in the off-times, like Tuesday and Thursdays,” said Zingales.

“That’s getting us started in a really good direction.”

Zinger’s has already hosted one show in June with two local bands.

“We filled the place,” said Zingales. “We had about 95 people here. It was just a way to get a feel for the room and where people sat.”

He said they tweaked a few things and “are just getting our feet wet.”

The venue is replete with a top-of-the-line sound system and lighting.

“We wanted a decent size stage and then the equipment, but the look and sound of the room is first and foremost,” he said.

Zingales added that food and beverage is also a revenue stream.

The room itself is practically built for performances, with great visibility and an even better location, just off the oval.

“The room is all recycled pallets,” said Zingales, gesturing around the room. “The interior itself was stark white and we’ve repainted every square inch of the room. We put in new fixtures and carpeting.”

The facility has remained vacant over the past few years; it was a former classroom for the Montessori School.

“It sat empty for a couple of years now,” said Barnard.

A wall has been torn down, to make way for a bar.

As for booking, Barnard has proven track record. She was a talent buyer for Nelson’s Candy in Music in Wilton.

Barnard said if the bands don’t have stops during the week, their tour is unsuccessful, and they stop coming up.

“My goal was to completely stay involved,” she continued. “Even if I didn’t have a place to book at the time, to help them still route to the other venues that I knew. And then I kept working with Chad in trying to make this a stop where they can come, and they can know they’ll have the same hospitality that they had at Nelson’s.”

A fully booked-schedule for any band is a necessity to ensure their tours are profitable. Without that security, Barnard said, “then we only see them for festivals, ticket prices get more expensive and the artists become more unattainable.”

The response to Zinger’s, said the two, has been phenomenal.

Another project that Barnard is active in, is the upcoming, “Barnfull of Blues,” taking place on August 3rd on the Hillsborough County 4-H grounds, 17 Hilldale Lane in New Boston, and will features national acts Gracie Curran, Barrett Anderson, Cheryl Arena, James Pitts Band, Veronica Lewis, the Eric Lindberg Trio and more. (Tickets are available at http://granitestateblues.org.)

Barnard sits on the board for the Granite State Blues Society.

“They host this event,'” she said. “All proceeds go to the Webster House in Manchester.” (The Webster House’s mission is “to exist to meet a condition that is prevalent in NH: Youth who are unable to live at home for some period of it

Meanwhile, feedback for the Zingers continues to explode.

“We’re getting a very positive response on the venue itself,” said Zingales.

Added Barnard, “When I mention it, people are excited to see something come into this building in particular. This was a tavern years and years ago. People who have those memories are thrilled to see this happen.”