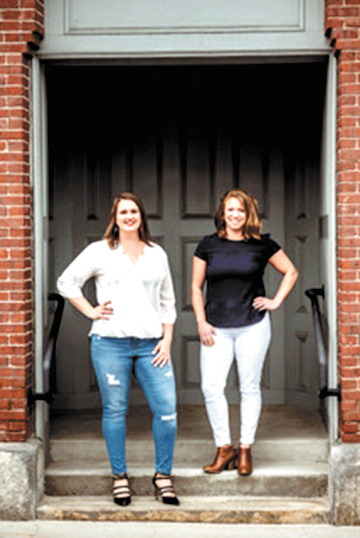 MILFORD – Award-winning photographer Kristin Hardwick is perhaps best known for her work behind the camera lens.

But as her resume expands, the personal branding photographer, who received the honor of “Young Professional of the Year,” at the Greater Nashua Chamber of Commerce Eminence Awards in March, has fast become an entrepreneur.

Today at 5:30, there will be a ribbon cutting for her new co-working house, affectionately called CoHo, located at 52 Nashua Street in Milford, which she co-founded with her business partner Holly Bly.

For those not in the know, a shared office space or co-working space is non-traditional, more abstract location where folks from multiple businesses work alongside one another.

“Co-working space is shared office space for a community of people who would otherwise work from home or lease their own space,” said Hardwick. 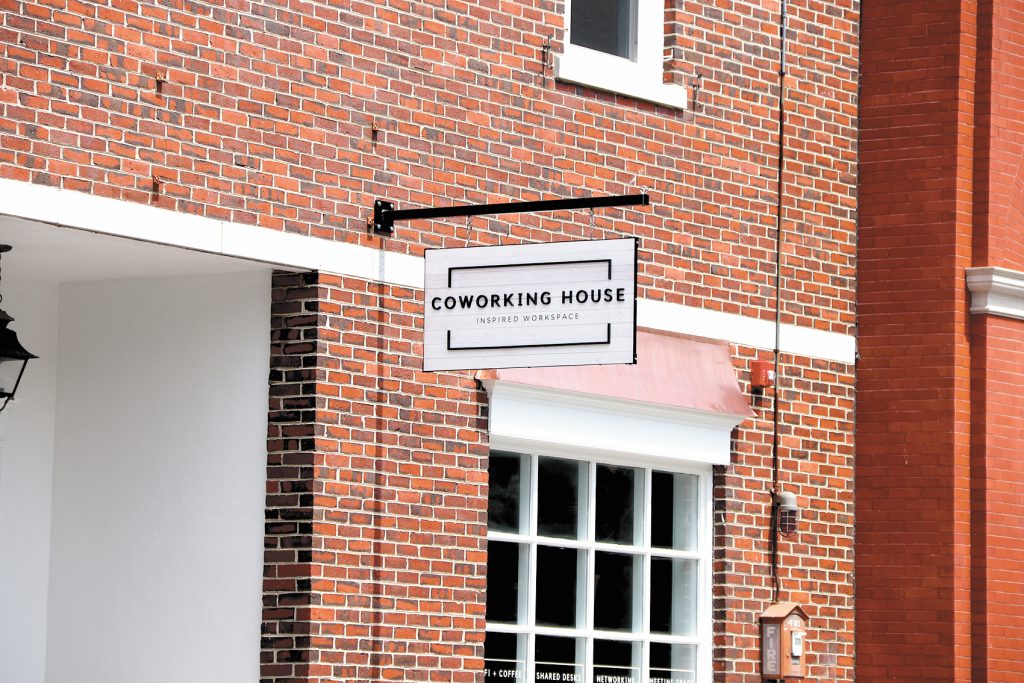 “It’s membership-based. The risk is perfect for people starting out or for big businesses that need a little bit more flexibility.”

Hardwick added that some members of CoHo occupy their space as a satellite office, as well.

Housed in the former digs of both a bowling alley and a department store, Hardwick reconfigured the 7,500 square-foot space, which covers three floors.

“It’s about 200 years old,” Hardwick said of the historic locale. “And I really wanted this to happen. It’s massive. There isn’t anything like this around here. So, we built it.”

Hardwick did some major market research and outreach, before signing one the dotted line.

“We wanted to make sure there was a need for it,” Hardwick explained. “We didn’t want to do it just because we liked the idea.”

Once Hardwick and Bly knew they were onto something good, and realized that other people were interested, they moved forward with a business plan.

“A lot of our efforts have been put towards educating people in the community, locally and across New Hampshire,” said Hardwick. “We wanted people to know how co-working can benefit them.”

It sounds logical – but Hardwick admits there was one caveat- that being that “Coworking House,” is the name on the door.

And membership has its perks.

“Our membership is right around 25 people right now,” said Hardwick. “And Holly and I are staffing, so we’re are meeting with our own clients here.”

Memberships at CoHo are all inclusive.

“That covers your space, your wifi, your electricity, your heat, everything,” Hardwick said. “Plus, the collaboration of working here as opposed to working at home is really attractive to people that are just sitting at home with their dogs.”

Members/occupants of CoHo, range from marketing professionals, to people that work for companies in California and also Washington, D.C.

“We have a lot of people that are self-employed, too,” said Hardwick. “We have a wellness practitioner here, and another woman who has space here simply because she wasn’t getting anything done at her main office. It’s a pretty wide range.”

The obvious physicality plus the mental attitude appear to shift once a worker moves into their own space, Hardwick said.

“People come here to work,” Hardwick added. “They don’t do their laundry. They do their job.”