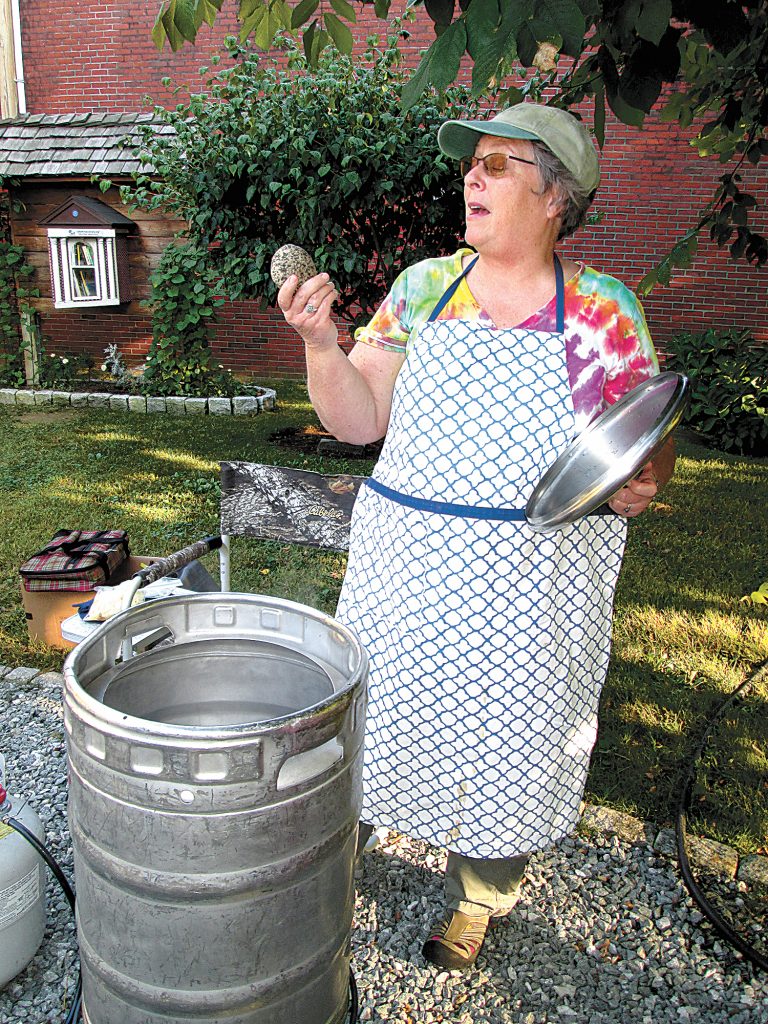 WILTON – The fourth annual “Stone Soup” supper drew about 25 people to Main Street Park on Saturday, Sept. 21. Attendees contributed containers of diced vegetables to add to the pot. Sandy Lafleur brought her “magic stone,” a fist-sized lump of speckled granite which has “made” soup over a dozen times in various places.

In the end, the soup contained, at least, potatoes, carrots, onions, summer squash, zucchini, celery, beets, kale, red and green peppers, and various herbs. Cooked chicken and pasta were added at the end. Beverages and breads were supplied by the Wilton Community Center.

While the soup cooked, Donna Crane read a modern version of the folk tale “Stone Soup,” the story of a hungry trickster who convinced stingy villagers he had a magic stone that would make soup “fit for the king,” if they all added a few ingredients.

The meal ended with the making of S’mores.

The Wilton Community Center is a non-profit group formed in 2011 offering educational, cultural and social events. It receives some support from the town but relies mainly on donations. Call 654-9451 or mail donations to P.O. Box 83, Wilton, NH 03086. 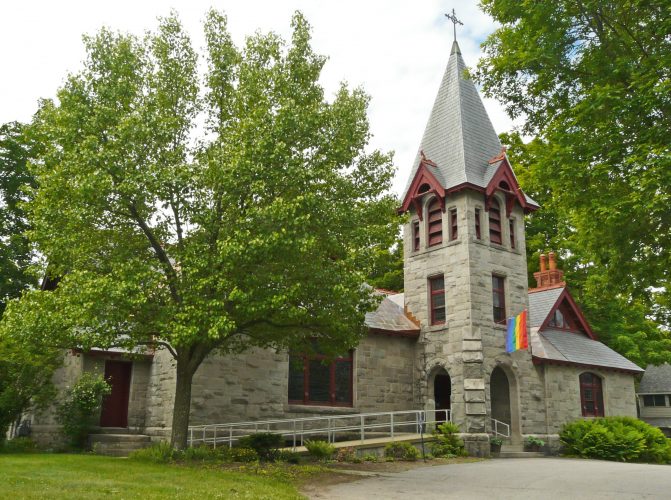 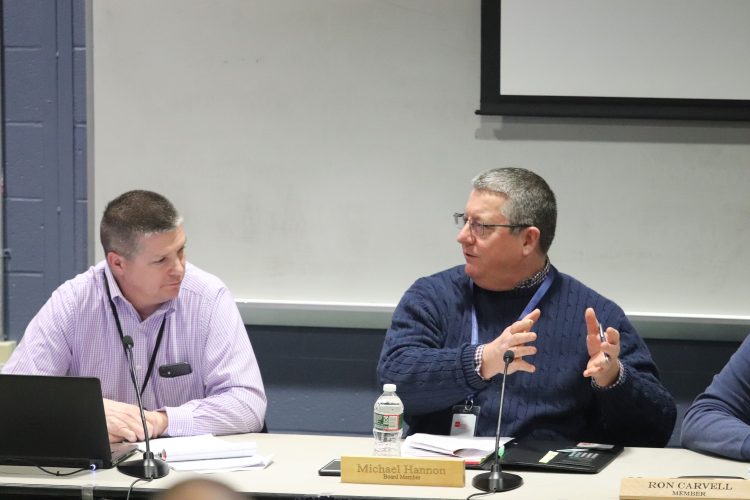