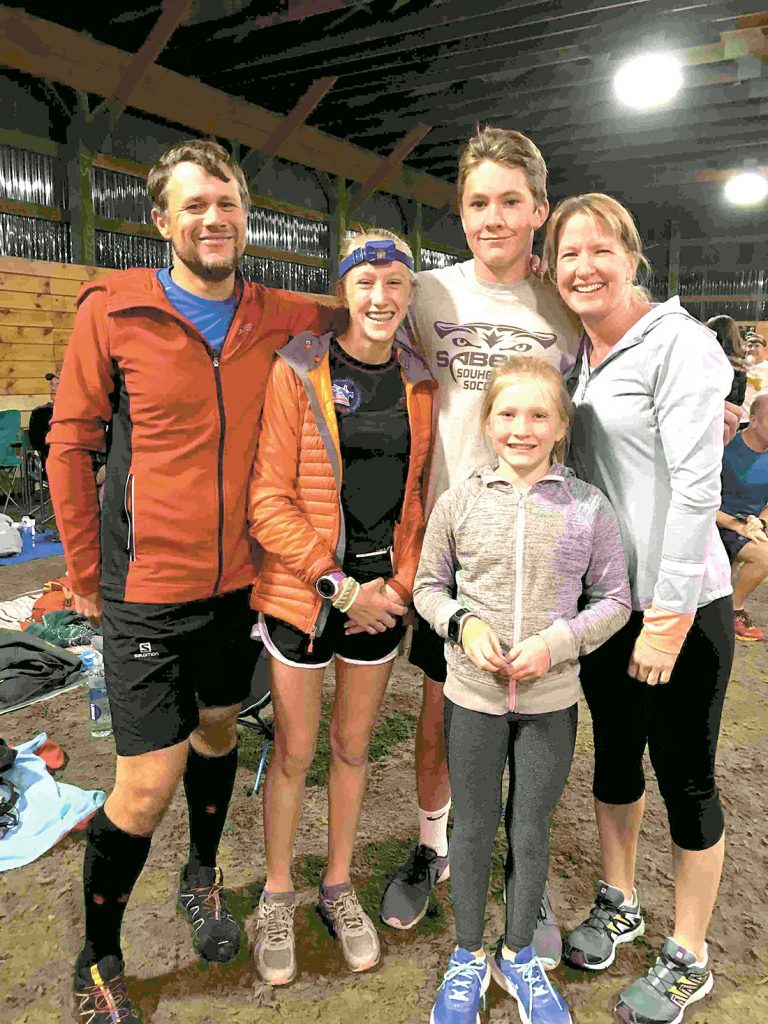 “There are a series of distances that you can run,” explained longtime race runner, George Bower. “At 5pm, we start the six-hour run, the marathon and the six-hour relay.”

Teams and individuals are invited to register for solo and team-relay races around the groom woodland track, with day-of-event registrations beginning at 3:30pm.

The event is directed by seasoned pros, experienced marathoner and cross-country organizers.

“The event is designed for people out for both fun, family time and achievement,” added Bower.

The festival-like race routes runners with every lap through the music-filled arena at Freestyle Farm, where spectators can help runners to refresh with food and drink.

The event draws people ranging from elite ultra-runners to kids in school groups. Participants can compete as solo runners or in two- to five-person teams. This year the event features five options: a 6-hour ultra-marathon, marathon, half marathon, and team relays for both the half marathon and 6-hour ultra.

“It’s a very accurate loop,” said Bower of the course. “The ultra-runners will run the course continuously, for six hours, so a marathon runner will make six loops. And we get rave reviews from everyone from ultra-runners, to energetic kids, to marathoners, to outdoor and fitness enthusiasts.”

New for 2019 is the six-hour ultra-relay. The directors have also struck a new medal for the race. The all-metal, five color, custom-cast, Joe English figurine puts the event on par with other regional races offering unique, collector’s-quality medals.

“We had 159 people enter last year,” says Bower. “We’re on track for over 200 this year. The moonlight, the fires, the food and music-they all excite runners and families alike.”

All runners thread their way around the hilltop pond and through the farm’s acres of oak woods. The course is marked by light sticks and signal fires. Runners use headlamps to supplement the moonlight.

The event is run entirely within Freestyle Farm’s equestrian campus located in Amherst, NH, about 60 minutes from Boston, MA, within 20 minutes of Nashua and Manchester, NH. Hartford, CT, is about 2 hours away by car. The entire challenge route follows Freestyle’s rolling horse trails, with a wide and safe surface for travel at both dusk and in the moonlight in running shoes.

Proceeds go entirely to the Amherst Land Trust, a 501(c)(3) private nonprofit organization. Since 1975, the trust has protected land from development to preserve the rural aesthetic, natural resources, and recreation lands in Amherst and surrounding towns. Among its recent flagship projects was Joshua’s Park in Amherst. For more information on the event, see joe-english.org.