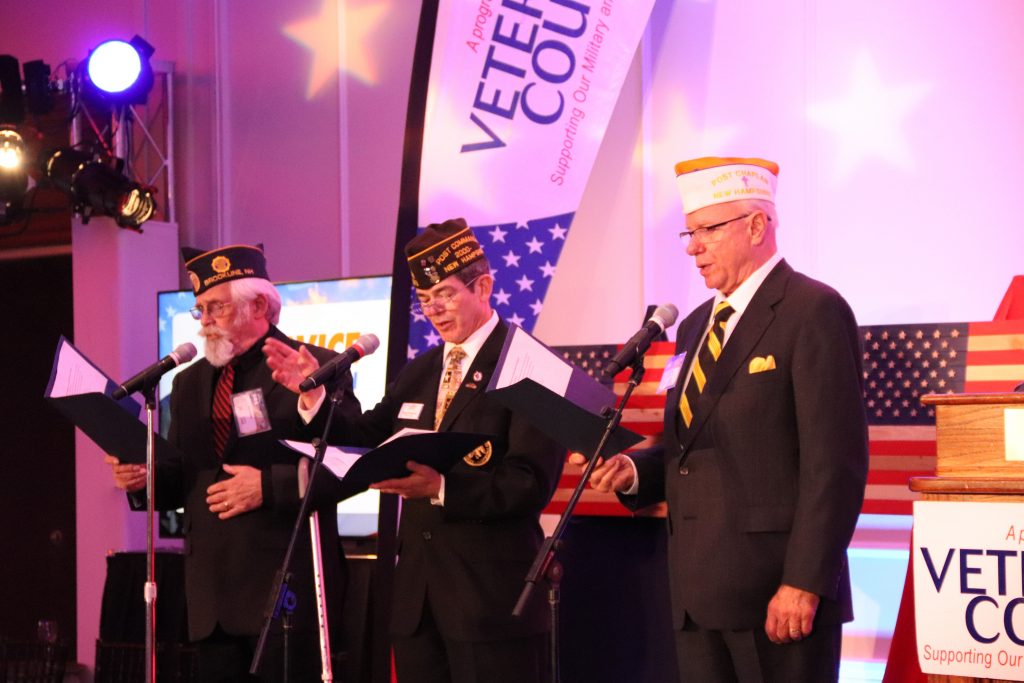 The theme of the evening was, “Honoring the Forgotten War.”

Former U.S. Army captain Ginger Munson was the keynote speaker. Her military experience from 1988-1994, includes flying both the UH-1 (Huey) and UH-60 (Blackhawk), serving a tour in South Korea providing support for troops along the demilitarized zone, and spending three years at Fort Campbell, Kentucky as an operations and training officer. As a voice and a speaker, she currently advocates for military and veterans issues and helps to build awareness of the services and supports available.

Her husband George is an Army aviator and serves in the National Guard.

Munson said she that the more she’s able to connect the two, the better people can have an understanding of what the military does and what they sacrifice.

“People might be informed about specific issues, but they’re less informed about the day to day dedication,” she said. “There have been issues that have popped up in the news- for example, years ago when Walter Reed was having trouble, or the V.A. medical centers – they are aware around critical issues but less knowledgeable about what it’s like to live that out day by day.”

“It’s a little-known phenomenon is that in today’s conflicts, almost 50% are reserves and national guard,” she continued. “Basically, what that means is that it’s all the state-led minutemen who are leaving their communities and going to serve, equal to those that sign up and serve with the regular army. That’s vastly different from what it used to be. It used to the majority was all regular service who went out- you signed up, you lived on a post over there, that was your fulltime job. That’s what you did.”

But because we have downsized our military, Munson said, “we’ve had to rely more and more on our reserve forces.”

Of being keynote speaker, Munson called the opportunity, “humbling.”

“I consider it a privilege and I very happy to do and to be here,” she said. “I know a lot about Easterseals and the work they’ve done over the twelve years, so I’ve seen it from the inside out and I’m pleased to be able to continue the message and tell stories and encourage our community to stay involved for the future as well.”

“We certainly do fundraising tonight but it’s also about awareness,” said Carolann Constant, Veterans Count secretary. “And making people aware of what soldiers go through. What their families go through. It doesn’t just affect them. It affects their employers, their spouses, their kids. That’s what tonight is all about. That’s half of our mission.”

Munson echoed that sentiment, adding, “And it always has been. It’s always been a component of fundraising and a component of awareness. What are the issues? What are the challenges? And how can we best support these military people, particularly as the come back and they want to transition to be civilians. How can we welcome them back and support them on their journey? The military trained them into warriors. Now, we want to welcome them home and help them transition back to being a civilian.”

The “Veterans Count” program has served more than 6,700 service members, veterans and their families (more than 15,000 individuals in total), and has distributes nearly $4 million in emergency financial assistance.

MERRIMACK – Due to an upward trend in the district’s enrollment during the last few years, Merrimack High ...