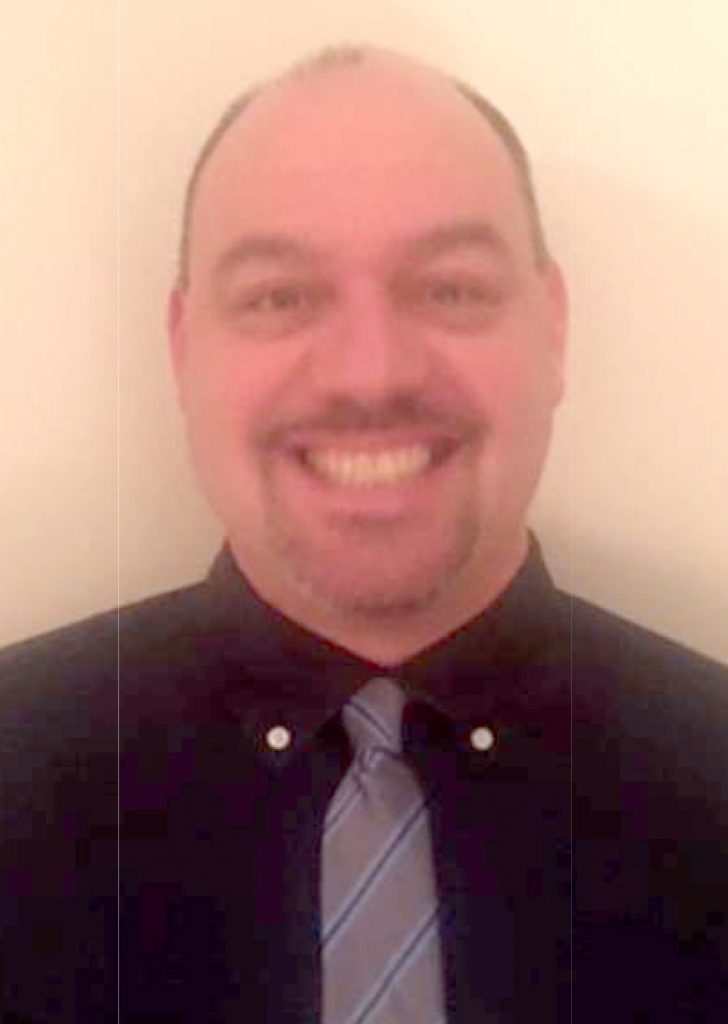 MILFORD – David Wilson of Milford is the latest individual who has thrown his hat into the ring to become a member of the Milford School board.

A trust administrator for a local finance company, Wilson said he is running for a board seat because he would like to continue the work that he’s been doing for the past two years as a member of the budget advisory committee.

“That’s given me a pretty strong insight into our community and the schools and how we go about funding different things,” he said. “On top of that at the same time, I was one of the few parents that went through the whole process of uncovering and discovering the goals for our district, with the ‘Portrait of a Graduate,’ initiative and then the curriculum steering committee that followed. Starting in Sept. of 2018, going all the way through May of 2019, that was a long process and a lot of work went into it, and I’m really proud of everything that came out of it. And I wanted to be able to see it implemented and see it continue and see if flourish.”

Wilson said he’s seen how the school board has been working and recognizes that some change is inevitable.

“I’ve been to pretty much every board meeting we’ve been having, and to say that there have been some interesting situations in our board this past 12 – 18 months – that goes without saying,” he said. “Obviously, I think that there are definitely some opportunities to build some bridges and there are definitely some avenues that we need to explore to open communication and restore the public trust because that bank is one that seems to be severely overdrawn.”

The father of two children in the district, a son with autism who is a senior plus, and a daughter who is a sophomore, Wilson said he’s watched what’s happening with other school districts, not just Milford.

“I’ve read where there are issues on the board where the board members don’t seem to be getting along, there may be one member who is a malcontent or whatever the case may be,” he said. “I’ve seen in cases where the board is pretty strong and they’re making their decisions kind of like our board did a couple of years ago to remove the sitting superintendent, wanting to take the district in a different direction. For whatever those individual cases may be, I’m not fully up on them, but yes, I’ve seen articles out there that make reference to a board and/or administration that may or may not be seeing eye to eye. It seems to be a rarity in this age where all pistons are firing in the same direction.”

As for the Milford district, he stated that there are often times where pubic messages at meetings get lost in translation.

“Our board has a job to go through its processes,” he continued. “And going through, whether It’s policies or what the meat of the meeting is supposed to be for, unfortunately there are times where certain participants in the audience have their own directives that they would like to ask questions on, and that forum may not be the best avenue in following the chain of process. And I think when they try to force it, or when they try to still try to present their position to the sitting members of the board, it’s creating unnecessary conflict.”

Wilson believes that a process must be adhered to, and if you’re a parent, you should start with your child’s teacher, the building head or the department head.

“And then afterwards, if you feel that your needs are not being met, then you involve the SAU office,” he said. “But unfortunately, it seems that some people, like in the game ‘Chutes and Ladders,’ don’t want to follow the steps of that process – they just want to come down to the board, go up the highest ladder, and speak their mind at the microphone. It takes away from the process of what the board meetings are for, and communicating with the public, and it creates some negativity that if it was redirected in a positive way, it would be much more well received and we’d get a lot more done.”

But what about people who are going through the proper channels in their child’s school and have exhausted their efforts with no answers or a timely response?

“I would say that not on an individualistic issue, but more recently a big topic has been to address the student population and the pressure cooker that is the Jacques Memorial school,” he explained. “It had a very large influx of students and on top of that, you have some student with some issues, I’ll just put it like that – some issues that are having to be dealt with and addressed and at the beginning of the year where some kids are not used to being in school so things were at a high point of having to be dealt with. I’m hopeful and it is my understanding is that the work that has been done through Walker Consulting and working with the staff at that school is essential, and they’ve started to get things under control. We’re not hearing about a lot of bullying issues or kids acting the way they were. It seems like what has been put forth and acted upon, seems to be having positive results.”

While many people were not overwhemled by the Walker presentation, Wilson said that it is beneficial to have outside specialists step in and evaluate the situation as a third party.

“When you have an immediate need, and you’re getting information and resources through an expert to help find a faster path to a better solution, I think that it was a positive step to take,” he stated.

As for the hiring of superintendent Dr. Jessica Huizenga, Wilson does not believe that the situation was not mishandled.

“I don’t think Dr. Huizenga just came in and put her name on the door and sat in her office,” he said. “She reviewed our district, getting data and getting numbers. She showed the board that she really wanted to be out superintendent. She didn’t just take an interim job thinking that she was going to be here for only three or four months. So, she came to the board with a large binder of ‘here are the issues that I am seeing in the district.’ She’s done it a number of times before.”

Wilson added that he likes her track record of getting involved and getting behind the scenes.

“If you are on a sitting board, and someone comes to you saying, ‘here’s what I see in the district, and here is a plan as to how I would implement it,’ if you’re dealing with someone who is right there in front of you. You don’t say, ‘that’s all fine, but we’re going to find other people who might have to start fresh with what you just did.’ What I think they did was not wrong. The board’s task is to make sure there are guardrails in place for their school district. And their employee is the superintendent. The best superintendents are not just looking for their next job. They show up ready to work. I don’t see that was they made was a bad decision. Should there have been some public opportunity to participate, yes, that would have been nice to have but it’s not a requirement regarding the process.”