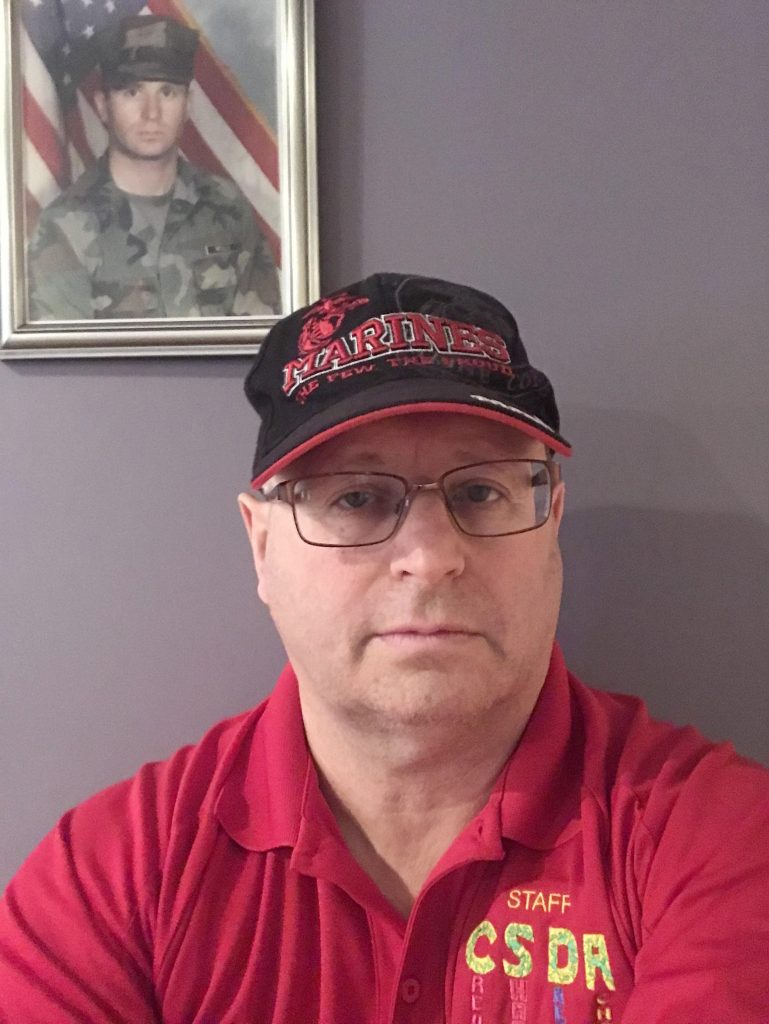 With the election a month away, Joseph Vitulli has thrown his hat in the ring for a seat on the Milford School board.

Vitulli, who spent 13 years in the Marine Corps, is an educator, teaching fourth grade in Brookline, New Hampshire. He said he’s been watching what has been happening with the board and decided he wanted to make a difference.

“Seeing the disdain, and the distance between the board and the residents, and how unhappy parents and teachers are, I decided to get involved,” he said. “No one is really talking to one another.”

Vitulli said concerns are raised by taxpaying residents, and the board “seems to ignore what those concerns are.”

Communication is just one part of the problem and Vitulli wants to bring a sense of order, coming from his background in teaching.

“I understand curriculum,” he said. “And I know that working together is the first step in the right direction. Teachers are being told to do something and I don’t think they’re being given the training on how to do it. The principals are told, ‘this is what you have to incorporate into the curriculum,’ and they go to the teachers, but often, there’s no professional training involved.”

Parents have voiced that they are following protocol; if there is an issue with their child, they go to the teacher, then the department head, then the principal and then to the superintendent’s office, then the board of education. But they’re not seeing results.

“That’s absolutely true,” Vitulli said. “I am actually good friends with Tim O’Connell, the principal at Jacques Memorial. I’ve talked with him about the communication problem. He tells me that he’s listening to the parents, and he’s trying to do what he has to do, but he’s not getting any further than the superintendent’s office and the school board and it stops there. Even he doesn’t get any feedback.”

Vitulli said that’s why the district is losing so many of its leaders.

There’s been a rumor that two more leaders may be stepping down.

Vitulli added that while he thinks that superintendent Jessica Huizenga is knowledgeable and knows how the schools should be run, “she’s running things the way that she wants to.”

One thing that board chair Ron Carvell has said, to the Cabinet in the past, is that he believes the discombobulation attached to the Milford board and district is happening in other New Hampshire districts as well.

“I’ve been on the negotiating committee at Brookline with the union, as a union rep,” said Vitulli. “And no. We don’t have that communication problem between the district and our superintendent. We have issues like everyone does but there’s no miscommunications. They tell us what they’re going to do, and what they hope to do, and everything they tell us, they back up with research and prior knowledge which they freely share with us. They provide the professional development. And they tell the town what’s happening. They look for input. They solicit that input.”

To be clear, Vitulli isn’t saying that every member of the board is at fault, but it is the final outcome of votes that he is ultimately concerned with.

“It’s clear to me that the chairman is one of the issues there,” he said. “It was his drive that got the superintendent twenty extra months of severance pay. Not many people were happy about her getting that mid-contract without a public negotiation. It was just done behind closed doors.”

Bullying is one of the main issues that Vitulli said he wants to change.

The massive bullying that’s going is getting little attention,” he said. “The teachers have not had any real training.”

The superintendent and the school board in Milford have said they need to train staff to deal with the bullying issue, but that takes time while bullying issues continue.

“I know about this,” Vitulli said. “I have a son who is special ed and he’s in the school system. He goes to Project Drive. And they know I’m a teacher. When he was bullied, I came in hard. But not everybody has the knowledge that I have, and some parents are just being dismissed.”

So, does Vitulli think this can be turned around?

“This needs to be turned around,” he said. “I think it has to or the situation is going to deteriorate even further. I think that with myself, and Judi Zaino, who is also running for the board, we can have a better direction from the school board standpoint.”

Vitulli said a bully is a bully – plain and simple.

“My marine corps training is important to me,” he said. “The board chair tries to intimidate. He’s not going to intimidate me.”