United Way of Greater Nashua supports those in need 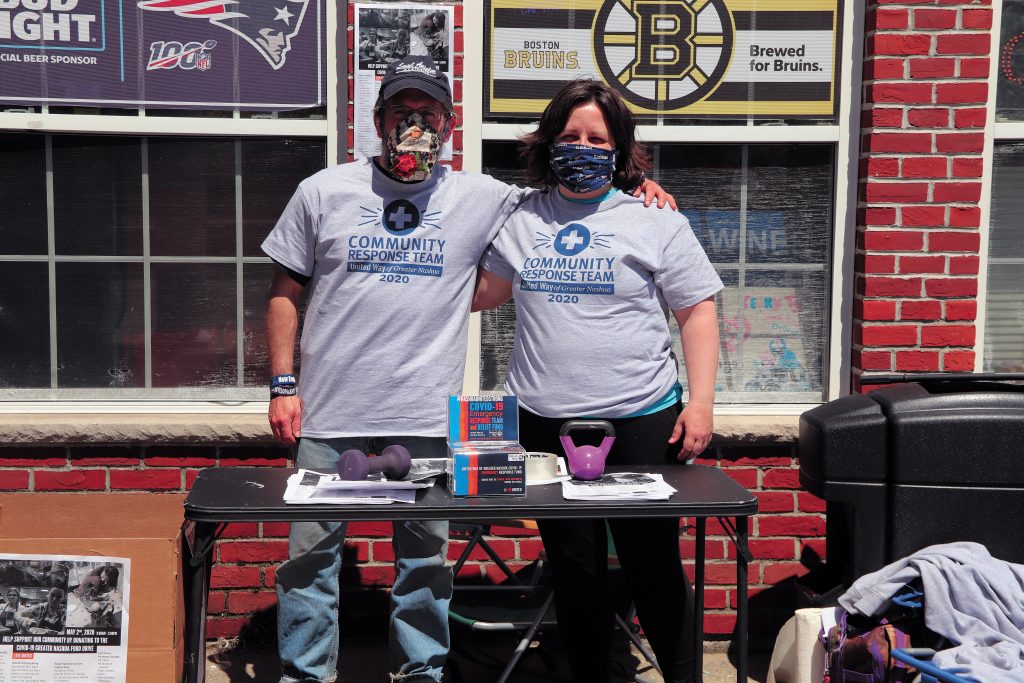 NASHUA – The community came out in droves, purchasing non-perishable food items at stores ranging from major supermarkets to independent food marts to support a food drive on Saturday by the United Way of Greater Nashua and their work with 12 food pantries and animal shelters in and around the Gate City.

Some of those food pantries included the Salvation Army, Open Cupboard Pantry, and Kitty Angels, as well as St. Joseph Services’ Meals on Wheels and the Nashua Soup Kitchen and Shelter.

“There have been a lot of people donating cash here,” said Burke. “We’ve received some food items as well. It’s been much busier than we expected. And there are a lot of people (that) come here to play the lottery. I think it helps that the weather is nice.”

More than 50 volunteers donated their time and effort to support the United Way endeavor over the course of the weekend.

Canned good, mac and cheese and other items filled the donation box at Ayotte’s.

Burke added that she and Cox also do work in the delivery of school lunches.

“We do the bus route where they’re delivering meals,” she said. “We run one of the routes every Monday.”

Over at Captain’s Corner, 727 Manhattan Ave., Nashua, UW volunteers Eric and Patty Pharo collected donations as many locals came to the gas station and market to fill small gas cans for lawn mowers and week trimmers

“People have been coming in all morning to fill up,” said Eric Pharo. “Since this isn’t a huge market, a lot of people were just donating cash which is great.”

In a statement, Mike Apfelberg, president of the United Way of Greater Nashua said, “We’ve teamed up with some great local grocery stores to see what we can do to help meet the need for increased food resources at this time.”

“Most of the stores are your local mom and pop stores, so we’re hoping it’s also great for local business as they struggle to stay afloat,” the statement further read. “We’ve even included several animal related nonprofits as recipients, since they are also struggling with donations. As always, we are so proud of our many volunteers, who are making this and so much else possible.”