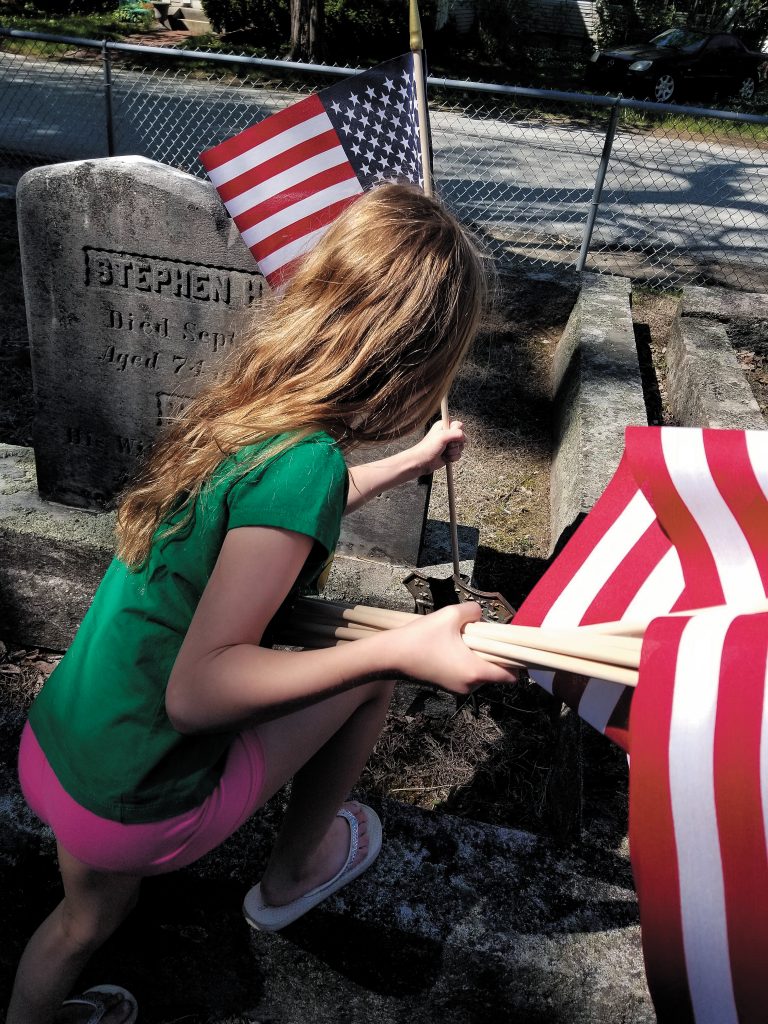 Following in the tradition of the Wheeler family that goes back to the early 20th century with Emigene Wheeler putting flags and planting geraniums on the graves of Civil War veterans in the six Milford cemeteries, Amy Wheeler Teas and her children, Ainsley and Frankie Teas, join with her second cousin, Jacquelyn Wheeler Johnston, past national president of the auxiliary to the Sons of Union Veterans of the Civil War, to put flags on the graves of all Civil War veterans. Pictures are Ainsley and Frankie Teas. Johnston began helping her parents, Kenneth T. and Emma Wheeler, Emigene Wheeler, Howard Wheeler, Everett Wheeler and Mrs. Farwell from the time she could walk, and her cousin, Richard Wheeler (Amy’s Uncle), have put flags on the graves. She uses a list that was compiled by cousin Carl Wheeler when he was at the University of New Hampshire. His thesis was supplemented by a study done by Arthur Taylor, a prominent Milford resident who also made a list. There is a bronze plaque that hangs on the wall when entering Town Hall at the top of the granite steps that has names of Milford residents who fought in the Civil War.