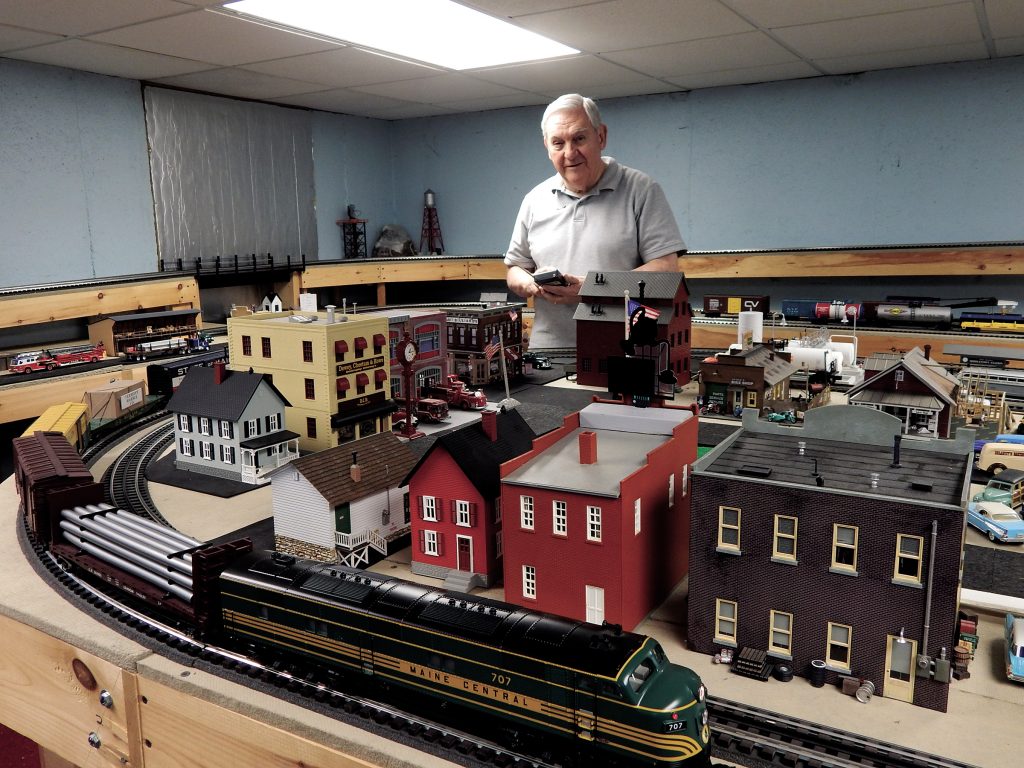 Photo by LORETTA JACKSON George Kenson, of Merrimack, a member of the Bedford Boomers model railroad club – a regional group of aficionados that meets monthly on the fourth Tuesday at the Bedford Public Library – displays his collection of Lionel trains and a wealth of accoutrements including buildings, automobiles and diminutive figurines of townsfolk and passengers.

What started as a Christmas wish fulfilled at age 10 in 1952 has evolved into a cherished hobby for model railroad enthusiast George Kenson, of Merrimack. His dad gave him a model train that year and it came with some track.

“He worked for the Department of the Navy, so he didn’t make much money but he bought me that train set,” Kenson recalls. “It was $21 whereas, today, a good starter set costs between $250 and $400.”

Rumble forward to 1987 when his wife, Lynn, asked him what he wanted for Christmas. The cherished memory of childhood fun surfaced and he asked for a model train set. Today, the joy persists in dozens of reincarnations of that first simple ensemble into a full-fledged model railroad wonderland.

“I built a small layout in the basement,” Kenson said. “Years later, I heard about the Bedford Boomers, a club that’s been around since 1982 and whose members were having their annual model train show at McKelvie School in Bedford.”

Kenson said there are many sizes of model trains. They are differentiated by their size in relation to a real train car, a measurement called “scale.” In addition, they are classified by the distance between the tracks, a perpendicular measurement called “gauge.” Kenson favors trains that are on the large side of a wide spectrum ranging from palm size to ride-upons. The trains he has weigh more than two pounds if they are Lionel locomotives. Box cars are half-pounders.

He muses that when he went to that first show with the Bedford Boomers, one of 30-years worth of weekend shows hosted by the club, he looked around and saw a diverse array of model train paraphernalia – trains, track and scenery, along with literature and collectibles.

“I had a look around and saw there were no Lionel trains,” said Kenson. “I was told that nobody had ever brought one forward, so I became active as the Lionel guy – that was in 1991.”

His layout has expanded over the years. Help from a friend, Travis Belcher, of Wilton, who is known as a master electrician and carpenter, coordinated a project with Kenson that added track and bridges and elevations that offer a showcase for Kenson’s exhibit of model trains.

“We put together a more sophisticated layout,” Kenson said. “We were involved right up to the last Bedford Boomers show in 2012 when the shows were suspended, as members aged out or moved away.”

Today, family and friends and kids who love trains are privy to the sight of locomotives chugging along, toting lines of coal cars and freight haulers and a historically accurate aircraft carrier. A caboose brings up the rear of each long line of trains.

“Now, other shows replacing those at McKelvie have come along, such as in Dover and Concord and Hooksett – a show that’s been going on for 24 years,” said Kenson. “The Bedford Boomers are still a very active club with members meeting on the fourth Tuesday of every month at the Bedford Library.”

Kenson’s Lionel trains are scaled to one-forty-eighth the size of a the real deal. They require “O” gauge track. It is a popular size and offers a vast supply of accessories and equipment.

“This kind of setup is especially good for young people,” said Kenson. “It’s easy to operate.” 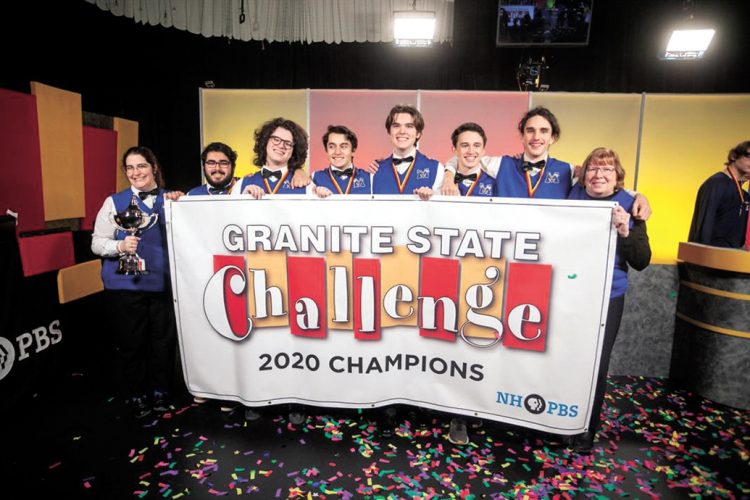 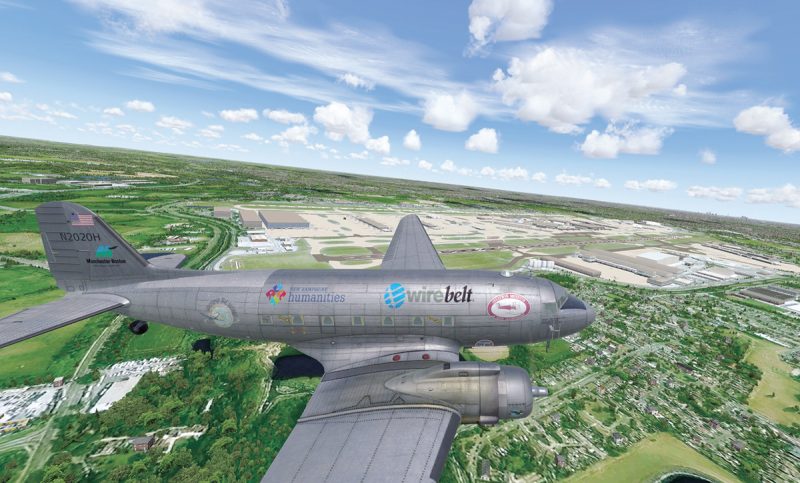