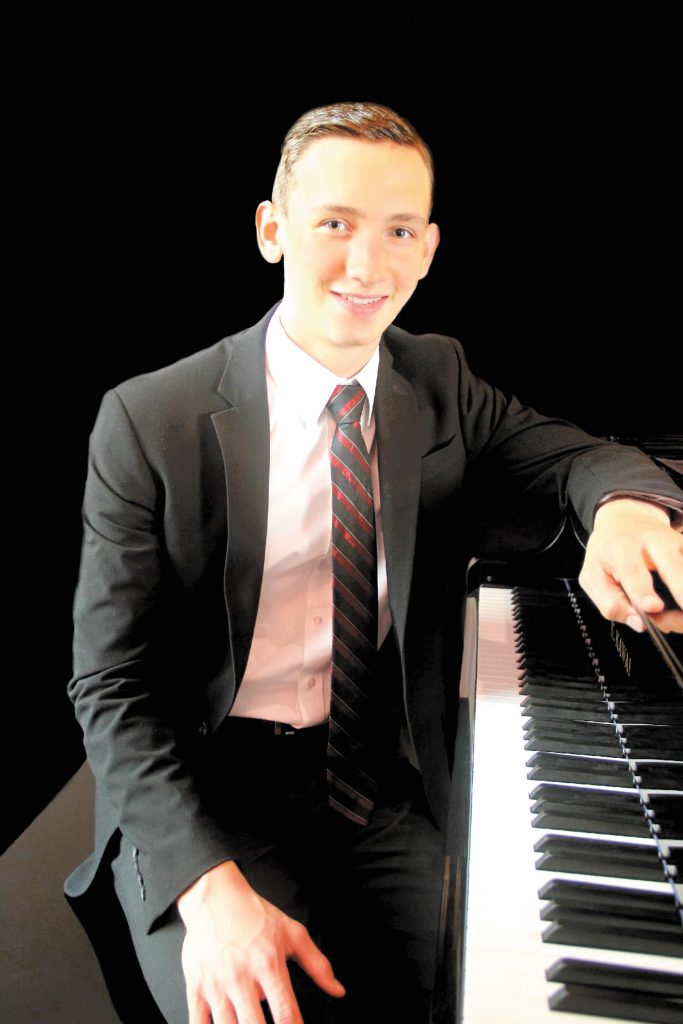 Parker is one of 12 musical children in his family. He has been studying piano for nine years with Marie Mendelow, where he gained his love of music. He was awarded Distinction on the Royal School of Music’s highest piano exam and took honors at the New Hampshire Music Teachers Association Solo Competition.

Parker completed two years with the Young Organist Collaborative, where he studied organ with Barb Flocco (organist and instructor at Phillips Exeter Academy) and Eric Bermani (director of music at Saint Anselm College).

He is currently serving as organist for his church, The Church of Jesus Christ of Latter-day Saints, and is an accompanist for the New England Youth Singers. He enjoys soccer, his church youth group and playing music in his family’s ensemble, The Parker Players, that has performed for many community events.

Parker is an Eagle Scout, loves politics and has a passion for Team Policy Debate.

He sums up his feelings, “It has been my goal to solo with an orchestra for years. I really love playing the piano and feel that music is a gift from God. I am so excited to play with the LRSO! My hope is to inspire the audience and lift them up out of their seats!”

Parker took third place last year in the LRSO student competition. Determined to try again, he went home and learned the third movement of the Tchaikovsky Concerto. It is a stunning and instantly recognizable piece. His efforts paid off as he was asked if he could perform the entire concerto with the orchestra. He has memorized the entire concerto which is nearly 100 pages of music.

The Lakes Region Symphony Orchestra is a Meredith-based, non-profit orchestra that performs throughout the fall, winter, and spring months. Orchestra members range in age from teens through retired seniors, representing over 30 communities within the Lakes Region. For over 40 years the Orchestra has focused on showcasing young talent. They further provide a venue for local musicians to perform orchestral music ranging from classical to contemporary, all within the valued community setting of the Lakes Region of New Hampshire.

We play on Wednesday evenings at the Merrimack VFW (282 Daniel Webster Highway). This is a SMOKE-FREE building. ...

Be part of the conversation about how people 40 and younger can take an active role in volunteering and advocating ...