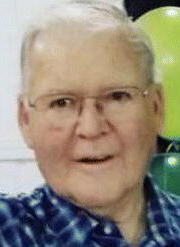 Walter H. Williams, 81, of Milford NH, passed away at the Elms Center in Milford on Thursday, August 22, 2019, surrounded by family and friends. He was born on October 22, 1937, in Goffstown, NH, the son of Walter S. and Vesta “Betty” (Salisbury) Williams.

Walter served in the US Marine Corp from February 1956 to March 1958. He drove trucks most all his life. When he wasn’t working he would be spending time with his family and friends having get togethers and hayrides and sometimes maybe do a little fishing.

Walter owned horses most all of his life and he could be seen at the fairgrounds competing in a horse pulling contest or pulling a cannon in a parade or giving hayrides.

He was a loving husband, wonderful father, grandfather, son, brother and friend.