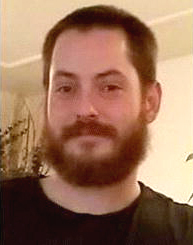 Ryan was a kind soul, he was loved by many and worked hard every day and partied even harder. He was an incredible man who leaves behind so many. Ryan lived life to the fullest; he was the type of person to give you his all. He had touched so many lives and nothing can replace such a wonderful man. Forever gone, but never forgotten. He is an angel watching over us now.

Ryan was predeceased by his grandparents Audrey (Foster) Hooper and Carl Hooper, and Aunt and Uncle Jill (Porter) Cuddihy and James Cuddihy of Wilton NH, and Aunt Barbara (Wynot) Porter of Dover NH.

In lieu of flowers, the family asks for donations to be made to their GoFundMe, to help cover funeral service costs, https://www.gofundme.com/f/jm5gh-test

Family and friends are warmly welcomed to a celebration of life that will be held at the American Legion hall, 15 Cottage St., Milford NH on Friday, January 17, 2020, from 4pm-8pm.

The arrangements are in the care of the Michaud Funeral Home, 32 Maple St., Wilton, NH. To view an online obituary or leave a condolence, please visit our web site at www.michaudfuneralhome.com.