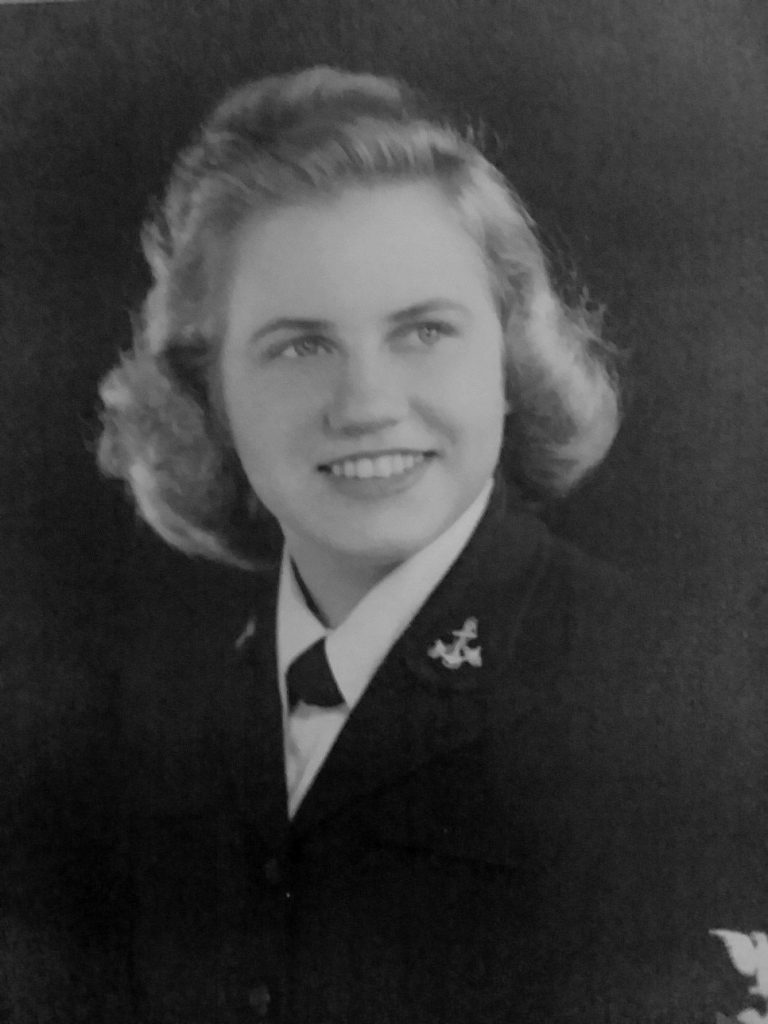 Gwendolyn Clare Ramsay Berry passed away at age 98 at The Elms Center in Milford, NH on January 28, 2020. She was born in Auburn NY on May 25, 1921, the daughter of Clarence R. Ramsay and Adele P. (Callaway) Ramsay. Gwen was a very good student, graduating near the top of her class from Auburn HS in 1939. She attended Mary Washington College for a year, and then returned to Auburn to work for the Columbian Rope Company in the payroll department. She enlisted in the US Navy WAVES during WWII, serving as an Aerographer’s Mate.

After the war she attended George Washington University, receiving her BA in Art History in 1950. She met her future husband, Ralph A. Berry, a meteorologist at the US Weather Bureau, while she was working for American Airlines at National Airport in Washington DC. They were married in 1952. After living in Bedford, MA for several years, they moved to Wilton, NH in 1959. Gwen spent her time as a busy homemaker, raising their four children. She was an active member of the Second Congregational Church of Wilton and the Friends of the Library. A talented seamstress, she also loved to shop and travel.

After her husband’s death in 1985, Gwen moved to Hampton NH, where she enjoyed going to the beach with her grandchildren. She also volunteered at Exeter Hospital. She traveled with friends to Greece, China, Australia and New Zealand, and for many years she drove from NH to Florida to visit her Auburn and NH friends. She moved to Milford in 1991 to be closer to her family. She enjoyed swimming laps at Hampshire Hills and volunteered driving cancer patients to their treatments. She was a member of the Congregational Church of Amherst, UCC, serving as the Treasurer of its Woman’s Association for over a decade.

She was predeceased by her younger brother, Stuart C. Ramsay in 2000.

A graveside service will take place at a later date at the Laurel Hill cemetery in Wilton.

Donations in her memory may be made to The Congregational Church of Amherst Capital Campaign Fund, 11 Church St. Amherst, NH 03031 or to Guide Dogs for the Blind at www.guidedogs.com.