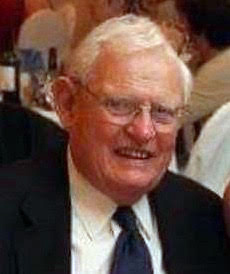 Norman H. Young Jr. 94 of Mason New Hampshire died peacefully on February 15, 2020. Norman was born to Norman and Mae (Macomber) Young on July 15, 1926 in Lowell Massachusetts. He was the treasured husband of Beverly J. Young for 57 years until her death in 2008.

Norman graduated from Westford Academy and spent most of his working life as a machinist, early in his career as an experimental machinist and later in the plastics industry. Norman like his Father before him and alongside his Brother George served on the Westford Fire Department. Norman served in the United States Army during the Korean War and was incredibly proud of his service to his country.

Norman’s pride and joy were his family and the home he and Beverly created for them. Norman spent every day he could, cutting wood, meticulously caring for his lawn, wood working in the basement or making sure every bit of dirt road dust was washed from his car.

Norman loved getting dressed up and going to Church with Beverly. During their time in Westford they were active in St. Marks Church, while in Mason they attended Mason Congregational Church and later joined the Church of Our Savior in Milford NH where he was a member until the time of his death. Norman and Beverly loved being part of the Church of our Saviour community.

Norman was a 70-year member of the Masonic Fraternity. He was raised with his twin brother George in Tahattawan Lodge in Littleton MA, later joining Bethel Souhegan Lodge #24 in New Ipswich NH where he was on Honorary Past Master and a member until the time of his death. Norman served the Grand Lodge of NH as a Grand Steward during 2002 2003. Norman was a member of the Scottish Rite Valley of Nashua and was an active participant taking part in many degrees during his younger years.

Norman was a devoted Husband, Father, Grandfather and Great Grandfather and Brother. He is survived by his three children, Judy and Kent Forty of Mason NH, Marcia and John Rogers of Londonderry NH; Norm and Emily Young of Littleton MA.; 7 Grandchildren and 3 Great – Grand Children and several nieces and nephews. Norman was pre-deceased by siblings Joan Woods and George R. Young Sr.

Burial will be private. Donations in Norman’s memory may be made to the Church of our Saviour, P.O. Box 237, Milford NH 03055. Arrangements are in the care of Smith & Heald Funeral Home, 63 Elm Street, Milford. To share a memory or offer a condolence, please go to www.smith-heald.com.