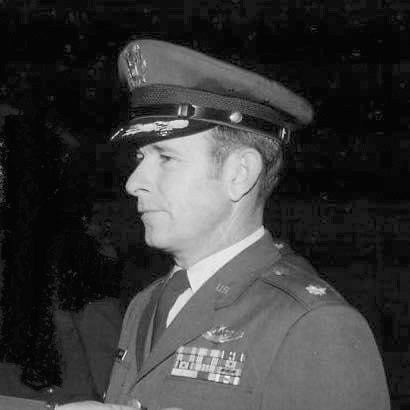 Lawrence R. Haughey, 85, of Estero, FL, formerly of Amherst, NH, passed away Wednesday, April 29, 2020 after a brief illness. He was born September 7, 1934 in Newton, MA, the son of the late John D. and Grace (Fowler) Haughey. Lawrence served 20 years in the United States Air Force as a pilot, retiring as a Lieutenant Colonel in 1974 and while serving earned his Bachelor’s degree at the University of Nebraska at Omaha. He then owned and operated Wallace Press in Milford, NH for over 20 years with his brother Bill. Lawrence was an avid golfer who also enjoyed tennis, bocce, bicycling and exercising. He was a proud Rotarian of 35 years and a Paul Harris Fellow. Nothing was more important to him than his family. Survivors include his beloved wife of 65 years, Marjorie (Piotti) Haughey; his loving daughters, Deborah & Carl Maxner, Diane Reiff, Sandra & Raymond Bent; a sister, Elizabeth Wolf; 8 cherished grandchildren Justin, Christopher, Lyndsey, Derek, Trevor, Amanda, Jacob, Morganne and great grandchild Tyler. In addition to his parents, he was preceded in death by five of his siblings. A memorial service will be celebrated at a later date. Lawrence will be buried with full military honors at Arlington National Cemetery. In lieu of flowers, donations may be sent in his memory to the Milford Rotary Club, P.O. Box 618, Milford, NH 03055. Online condolences may be offered by visiting www.ShikanyFuneralHome.com.