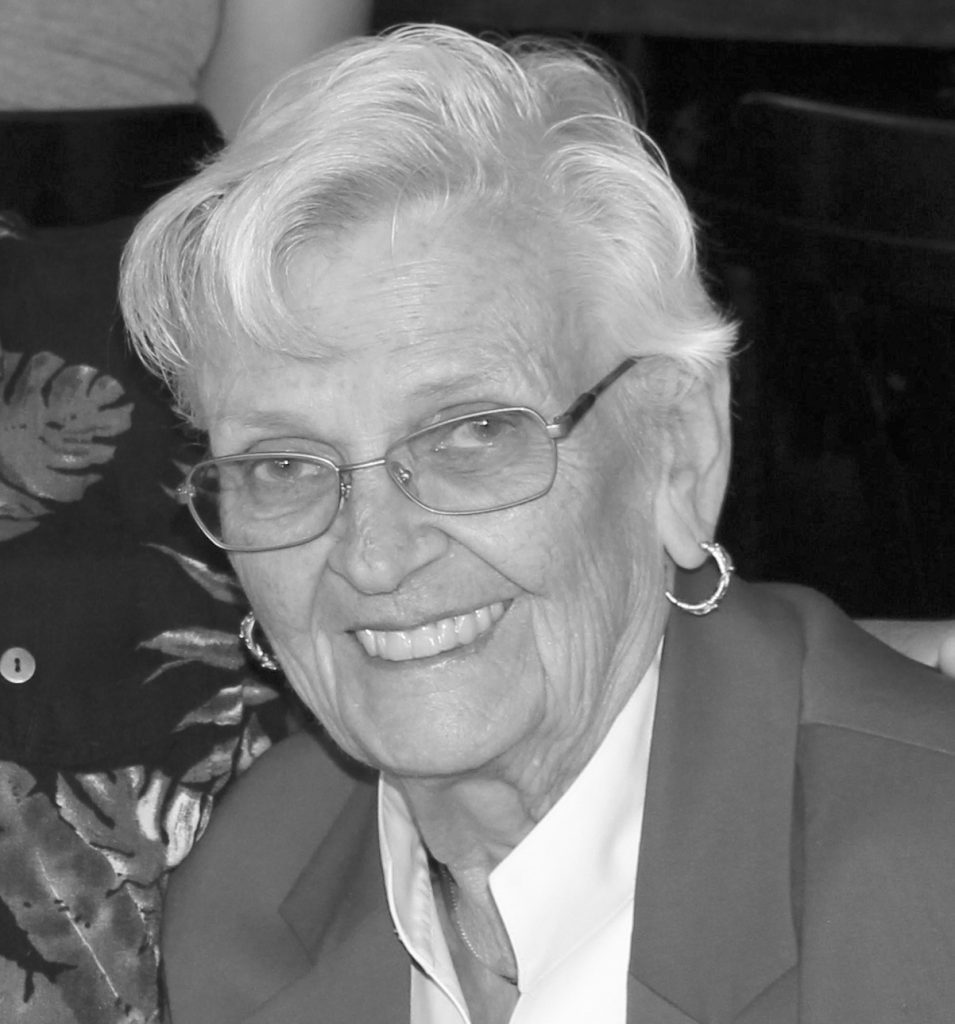 Barbara E. Stone, age 86, died late Tuesday, May 5, 2020, at Elliot Hospital in Manchester from complications after a heart attack.

Mrs. Stone was born on June 11, 1933, in Laconia, NH, the daughter of the late Arthur and Kathryn (McAuley) Johnson. She was raised and educated in Gilford, where among her many activities she was an accomplished member of Dick Binnette’s water skiing group. She attended the University of New Hampshire where she was a member of Chi Omega sorority, Queen of the Carnival Ball, and graduated with honors and a BS in mathematics. After graduation from college in 1954, she worked at IBM, where she met Philip Stone. They were married on May 14, 1955. They lived in various homes in Concord, Endicott, NY, and Bedford until 1962 when they moved to Connecticut, spending a total of nine years there, first in Simsbury and then in Glastonbury. The family moved to Amherst in 1971, and Barbara and Phil later moved to Bedford. After Phil’s death in 2007, Barbara continued to live in their Bedford home until 2014, when she moved to Birch Hill Terrace in Manchester.

Barbara had a successful career in real estate from the mid-1970s to the mid-1980s. She enjoyed reading, crossword puzzles, playing tennis and golf, traveling, and playing bridge. She was extremely proud of being a great wife, mother, and homemaker to her family. In recent years, she had made it her mission to make sure that her grandchildren got their education, providing support financially as well with her encouragement and in her sure knowledge that every one of them was going to succeed in whatever they decided to do. She was so smart, so strong, so empathetic, so kind, so supportive – she will be greatly missed by her family and her many friends.

Mrs. Stone was preceded in death by her husband, parents, and two brothers, Arthur Jr., and Orin Johnson.

She will rest with Phil at the NH Veterans’ Cemetery. A celebration of her life will be held at a future date. In lieu of flower, memorials may be made in her honor to the either the NH Veterans’ Cemetery (www.nhvca.org or NH Veterans Cemetery Assoc, Inc, PO Box 626, Concord, NH 03302) or the Animal Rescue League of NH (www.rescueleague.org or Animal Rescue League of NH, 545 Route 101, Bedford, NH 03110).

For more information or to sign the online guest book, please visit www.goodwinfh.com.