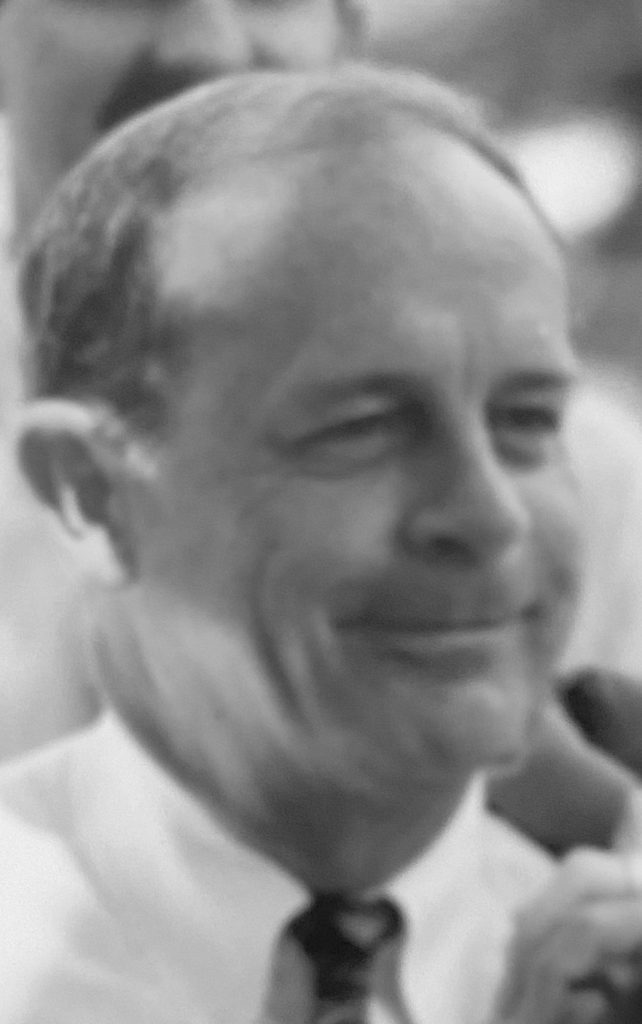 George Williams Sawyer, 83, died unexpectedly on May 5, 2020 after several years of failing health. He was born on Mother’s Day, May 10, 1936 in Fitchburg MA to Elizabeth (Williams) and Walter F. Sawyer, Jr.

George and older brother, Tom, became a pair, and remained close throughout their lives. The two spent many happy summers carousing with their cousins on the Vermont family farm, and George carried a lasting love for its countryside.

To say that he was not handy with tools would be an understatement – a carpenter’s apprenticeship arranged by his father lasted just under 2 days – but with a shovel and some decent snowfall, young George built a long love of skiing, starting with homemade slopes in the yard, then moving on to conquer “Hospital Hill,” a steep incline extending precipitously from Fitchburg’s Burbank Hospital down to the main thoroughfare below – what some might call playing in traffic – to hiking and descending Pack Monadnock, a 2,000 foot peak. His graceful technique was hailed by all who witnessed it, including ’60’s pop duo Sonny and Cher, who filmed him while skiing in California.

“Jigger” ran track and was football captain of the Red Raiders, graduating from Fitchburg High School in 1955, where he was lauded as “dynamite with pigskin and a demon on skis.” He served two years in the Navy, stationed in Key West, FL, then studied business at Boston University. What followed was a long career in sales, successfully combining dual interests in socializing and making money.

His first job with Harvard Table Tennis landed him a spot on the ’60’s TV game show “What’s My Line?”, where a celebrity panel failed to guess his occupation as “ping pong ball salesman.” Successive jobs led him to the West coast, where he lived in CA, then OR as a salesman for Pendleton Woolen Mills, eventually returning to New England, where his confirmed bachelorhood abruptly ended when he married young widow Nancy and her 2 children, Susan and Matthew. George moved his new family to Cape Elizabeth, Maine, where their son Tom was born.

George embraced fatherhood by introducing his children to the outdoor life, with time spent tenting, hiking, skiing, swimming and boating, little knowing what the teen years would bring, but once they arrived, thankful his job required travel.

After a decade in Maine, the Sawyers moved to Amherst NH where they remain. George loved golf, and was known fondly as “the guy with the big club.” Eventually he settled on more sedentary interests, becoming an avid consumer of cookbooks, grills and the fruits of their use. He and Nancy enjoyed winter weeks in FL reuniting with old Cape Elizabeth friends. In Amherst, they have received the great good fortune of grandchildren and more lasting friendships.

To quote his niece, George was a man who “made the world a much more interesting place.” While it cannot be said he liked everyone he met, he gave and received delight from those he did. He got going when the going was tough and helped us all through emergencies big and small. He did his job.

A memorial service will be held later in the summer. In lieu of flowers, memorial donations may be made to SHARE Outreach Inc., 1 Columbus Avenue, Milford, NH 03055 or online at www.sharenh.org

Arrangements are in the care of Smith & Heald Funeral Home, 63 Elm Street, Milford, NH. To share a memory or offer a condolence, please go to www.smith-heald.com