Behind a big rushing performance from Kingswood’s Cameron Mann, New Hampshire scored just enough in the first half, killed plenty clock in the second and rode a stout, physical defense to a 21-9 Shrine Maple Sugar Bowl win on Saturday at Castleton University’s Dave Wolk Stadium. The Granite Staters won their first Shrine game since 2015 and improved their all-time series lead to 48-16-2, taking just their second decision in the five years since the annual football contest moved to western Vermont.

Mann – who came from a high school program that won only one game in NHIAA Division II play last fall – rushed for a game-high 123 yards on 15 carries to front a ground-heavy Granite State attack. After playing to a near draw in the first half, New Hampshire amassed more than half of its 272 total offensive yards in the second and never trailed.

“That’s how we designed the team, and that’s what we expected to do,” said New Hampshire coach Bill Raycraft of Windham. “Credit to Vermont; they made it tough at first. We knew if we could get the ball going and wear them down a little bit, we might be able to get something off.

“We told the guys it was going to be one of those 12-round fights. We were going to have to grind it out until the fourth quarter, and it kind of worked out that way.”

Windham’s Tommy Emrick added 80 yards on 19 rushes for New Hampshire, which controlled the ball for roughly 19 of the second-half’s 24 minutes.

Mann’s Kingswood Regional High Knights were 1-8 last season, at the bottom of NHIAA D-II. Raycraft admitted he didn’t know what he had in Mann until he saw him on film.

He then made him the focal point of the Granite State attack.

“It’s funny, because (when) we got the nomination, I didn’t know a lot about Cam,” Raycraft said. “He played wingback for them, fullback for them, middle backer for them, safety for them. I think he would snap the ball for them. … I had no idea how good he was until he came here, and he did whatever was asked.”

“I learned how to play with a lot of great guys and I still learned how to make a family with all these guys,” Mann said. “It’s amazing. This feels like a Super Bowl right now.”

The Granite Staters put the first points on the board in the opening quarter. They were unlucky not to do more.

The New Hampshire defense stuffed Vermont on four plays to open the contest, taking the ball at the Green Mountain 49-yard line following a short punt return from Noel Tyrique (Manchester Memorial). Windham quarterback Cody Potter capably marshaled New Hampshire the rest of the way, covering the distance on eight plays and scoring on an 8-yard keeper for a 7-0 lead midway through the period.

Raycraft tried to get fancy at that point and nearly paid for it. An onside kick worked – Winnacunnet’s Joshua Chase made the recovery – but Vermont’s defense stiffened. Raycraft then attempted a fourth-down punt on a reverse handoff, but Emrick booted the ball into the line. Vermont took Emrick down after he scooped up the ricochet, and the exchange of possession gave the Green Mountaineers their first scoring opportunity.

Fair Haven quarterback Cam Coloutti completed a pair of passes – a 9-yarder and another for 16 yards, both to St. Johnsbury’s Renwick Smith – to get the hosts deep. New Hampshire stopped the incursion by sacking the scrambling Coloutti on fourth down at the 16 and ran out the quarter with its one-TD lead.

Vermont had the chance to tie by halftime but settled for a 23-yard field goal from Rutland’s Noah Crossman with 2:14 left in the half. Rutland quarterback Ryan Moore, the Vermont starter getting his second drive of the opening 24 minutes, maneuvered his offense 71 yards on 12 plays in 5½ minutes, finally stopping at the Granite State 7-yard line after a pressured incompletion in the end zone.

Hartford’s Nick Porter intercepted a deflected Potter pass at midfield to cancel a final New Hampshire possession, and the squads left the steamy turf separated by just the four points. New Hampshire produced just 132 yards of offense in the first half. But Vermont, with Moore and Coloutti contained, offered just 95. 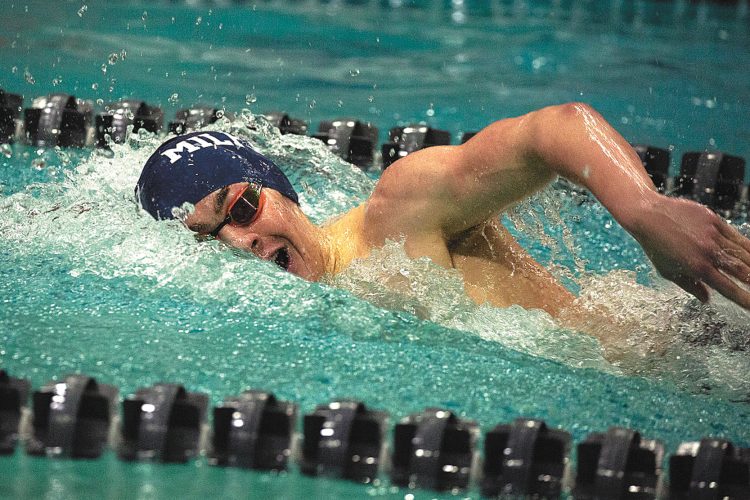