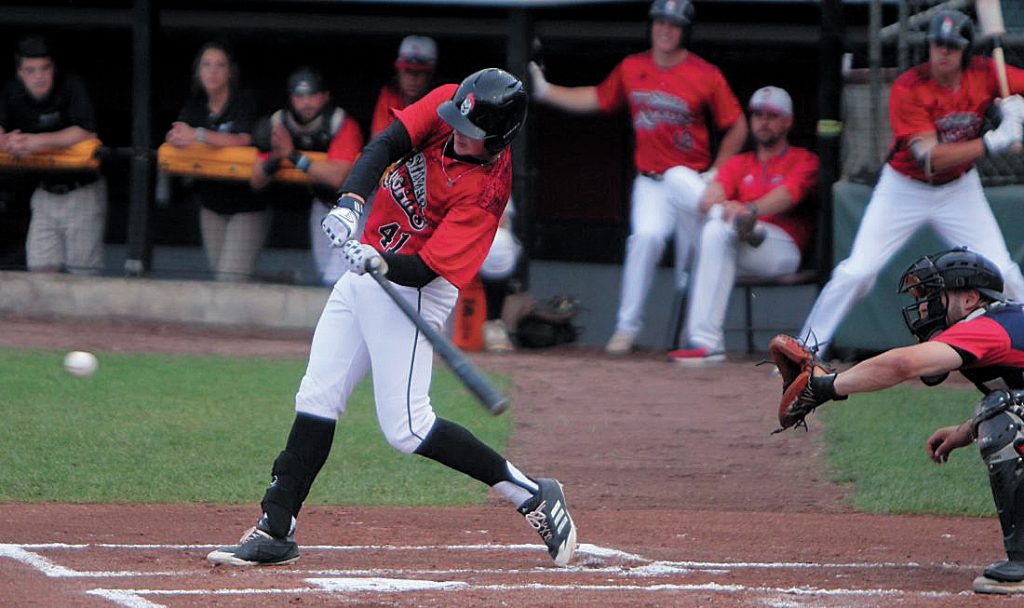 NASHUA – It’s beginning to look like there may be a Nashua Silver Knights and Futures Collegiate Baseball League season this summer after all.

FCBL Commissioner Joe Paolucci told the Telegraph on Wednesday that perhaps there’s a 70 percent chance that the league can begin play sometime in early July.

The pandemic forced the FCBL to delay its scheduled May 27 opening, and take a wait-and-see approach. But thanks to the recent plans for slow, phased economic re-openings in Massachusetts and New Hampshire, Paolucci and the FCBL owners after a phone conference meeting earlier this week are more optimistic than they were a few weeks ago. The key was especially Massachusetts, as five of the league’s seven teams are from there.

“Monday was positive for us,” Paolucci said, referring to Massachusetts Governore Charlie Baker’s re-opening plan that was announced then. “We kind of fall under both Phase 2 and Phase 3, Phase 2 deals with youth sports and then Phase 3 is large outdoor activities.

“What the guideline is with both of those kind of remains to be seen. But Phase 3 would take us right up until I think June 29. That’s what we’ve been thinking about, right around July 1. That’s our goal. It’s what we’re aiming for, what we’re working towards.”

Then the next step would be whether or not local governments make fields and facilities available.

“We had our owners call on Monday and I think across the board it’s looking pretty good for that,” Paolucci said. “Everybody seems to be cooperative and wants us to get back on the field. It’s trending in the right direction, that’s for sure.”

Paolucci said the league would likely be able to have about a 42 game schedule for each team, and use home parks rather than neutral sites.

Paolucci said the biggest “wild card” might be Worcester since the Bravehearts – also owned by Silver Knights owner John Creedon, Jr. – use a private facility, Holy Cross College’s Hanover Insurance Park at Fitton Field. Talks between the school and the Bravehearts, Paolucci said, are ongoing.

Will teams be playing in empty stadiums or will they be able to have fans with limited seating?

“That’s the big question,” Paolucci said. “I’m hoping that for certain we’ll be able to socially distance. But to be honest that’s not going to be a big problem in our league, we have some large stadiums that aren’t typically packed. If we can’t do that, we’re prepared to move forward anyways.”

In anticipation of limited fan participation – or none at all – the FCBL, Paolucci said, has retained a software company to live stream games, and there would probably be a subscription charge. That way the league could make up for some of the expected lost gate.

“If we can’t have fans, at least we can bring the game to them,” he said, adding they would hope to do the same next season even under normal circumstances.

The next big safety issue will be transportation guidelines. Players certainly would have to socially distance on a bus, and that may mean reduced rosters for visiting teams.

“We’ve looked at that,” Paolucci said. “A big part of having the local rosters, some teams might opt to have players drive themselves. Teams might travel lightly on away games, if they do take a bus they may take only half the team, maybe 15 players instead of 30 players. That’s a big concern. … We can’t afford to take two busses to games.”

Paolucci said the league is planning on playing a couple of weeks longer than normal for a regular season, and have just a best-of-three championship series for a playoff, taking the top two teams. Some colleges may allow students back on campus, and some may not, so the FCBL will plan accordingly. The regular season, if starting in early July, would go until Aug. 19 or 26 for a regular season, then play the one round playoff series.

“That would get it done around the 23rd or the 30th, depending on which schedule we go with,” Paolucci said.

If the FCBL plays, it would be the only summer collegiate wooden bat league playing in New England after the Cape Cod and New England Collegiate Baseball Leagues cancelled their seasons. Paolucci said he “can’t blame” the rival NECBL for its move.

“I think they had a lack of host families, and I could understand that, there’s a lot of challenges,” he said. “Plus they have twice as many teams in their league as we do. It wouldn’t have been an easy thing to pull off. … I wasn’t surprised.”

Paolucci said that the league likely needs to make a decision in a couple of weeks. The league needs some lead time for the players, since they haven’t played all spring.

So he is hoping the FCBL can bring players in for daily workouts somewhere around June 15, feeling they’ll need two weeks to prepare.

All in all, Paolucci says there’s more of a positive feeling around the league this week.

“I feel confident we’re going to be able to pull this off,” he said.

Here are a few tids and bits as we welcome in June, hoping it brings progress following all the rough times we’ve ...