Pair of Hawks to Shrine 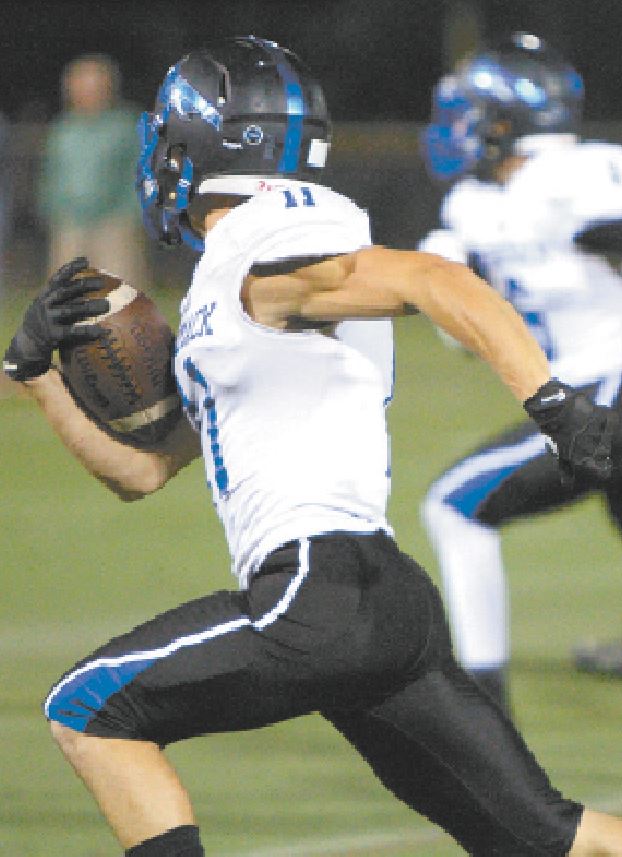 File photo by JASON ORFAO Merrimack senior Justin Weiser picks up a chunk of yardage against Manchester Central last fall. He was one of two Tomahawks, along with Ryan Roberts, selected to partake in the Maple Sugar Shrine Bowl on Aug. 5.

The 64th annual game with Vermont will be held on Saturday, Aug. 5, at 5:30 p.m. at Castleton (Vt.) University’s Spartan Field.

Nashua North quarterback Jeff Baldassari, who had a breakout senior season for the Titans running and throwing the football and helped guide them to the Division I semifinals, will be joined by North teammate, running back Tylor Chase. Chase is headed for Norwich University next year.

Bishop Guertin cornerback Dylan Fagan, who is from Milford, will also be on the team.

Campbell and Hollis Brookline will also be represented. The Cavaliers have two players – outside linebacker Jack Byrne and Plymouth State-bound running back Brian Delaney – on the New Hamsphire roster.

One of Campbell’s best athletes, tight end Harrison Vedrani, is on the roster as well. Vedrani is said to be headed to Colby College in the fall.

There is another Nashua football player on the Granite State roster the area may not be too familiar with – former Bishop Brady of Concord quarterback Joe Bernard. Bernard is going to Bridgton Academy in the fall.

It will be up to this edition of New Hampshire players – including Weiser and Roberts – to reclaim the bragging rights.