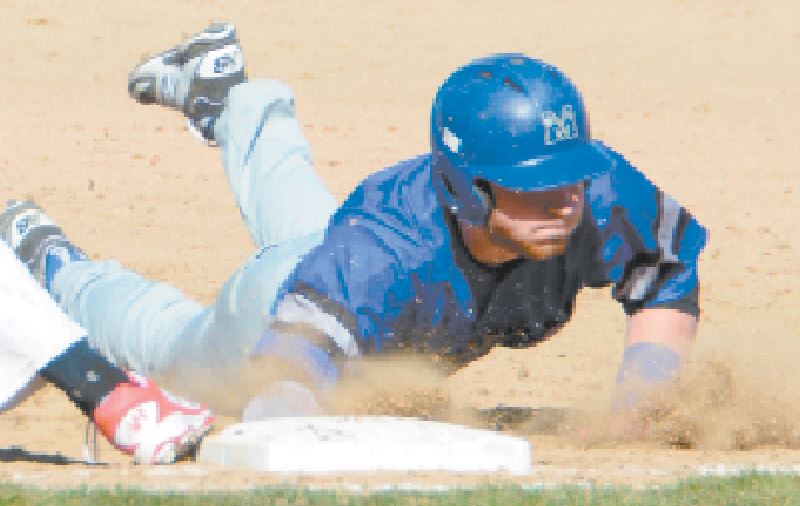 It was a tough outing for the Tomahawks in their first game of the season as the Astros rolled to a victory on April 12.

It was tied at one going into the final inning of play on April 14 when Spaulding put up three runs on the board. Playing well for the Tomahawks were Justin Grassini (two hits), Jared Wells (two hits), and Tyler Rohr (one RBI). Starting pitcher Alex Thornton went five innings, giving up six hits, one earned run while striking out three.

The Tomahawks had trouble Monday, only getting five hits. Morgan Peffer was 2 for 3, Demetria Gonzalez went 1 for 1, and Julia Valluzzi had one hit for Merrimack. Starting pitcher Mirnada Delibac took the loss on four strikeouts, three walks and three earned runs.

Joey Paige had seven goals and an assist as the Titans evened their record at 1-1. Other scorers for North were Todd Redman (three goals, five assists), Troy Bottari (three goals, two assists), Brendan Martin (two goals) and Griff Masseur and Colin Manning (one goal each). James Petz had 11 saves in goal for North.

Colby Benoit played his best match of the season at No. 6 singles thus far, going to deuce seven times before falling 8-2. Also playing well in defeat for the Tomahawks were Greg Keeler at No. 1 singles (5-8) and C.J. Terrenova at No. 2 (2-8).

The Tomahawks couldn’t pick up a win on April 14, but they had strong performances by McKenzy Miller in singles and the team of Rebecca