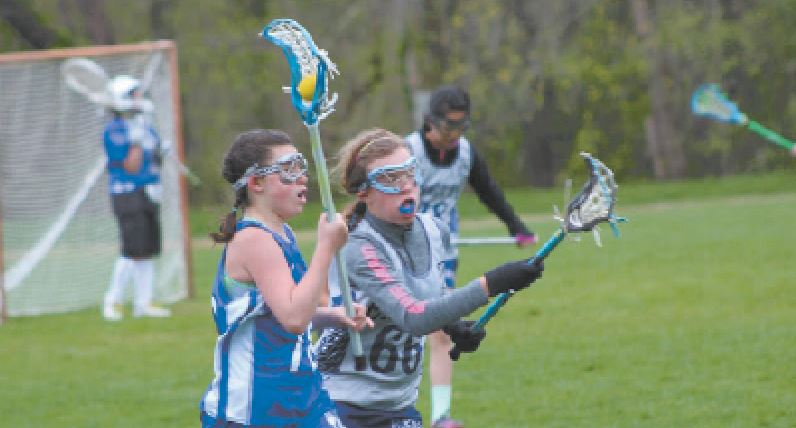 Camryn Gaumont sprints past an Exeter defender en route to the attacking zone.

Merrimack 12UB girls have jumped out to a 4-0 season after recent victories over Cocheco (Dover) 10-7 and Exeter 11-4. It’s been a total team effort this season getting significant contributions from our veteran players as well as the 13 others who are in their first or second years. Hailey Rivet , Isabella McCafrey and Camryn Gaumont paced the offense with a constant barrage in Exeter’s defensive zone while Jaime Pillsbury led the defense in both steals and ground ball pickups.

Rookie goalkeepers Riley O’Hara and Emma Shorette made eight stops between them and formed a strong last line of defense for Merrimack. Special recognition goes out to rookies scoring their first ever goals this weekend: Arianna Arnold, Lilly Marshall, Paige McCaffrey, Riley Robinson and Cassie Rodriguez.