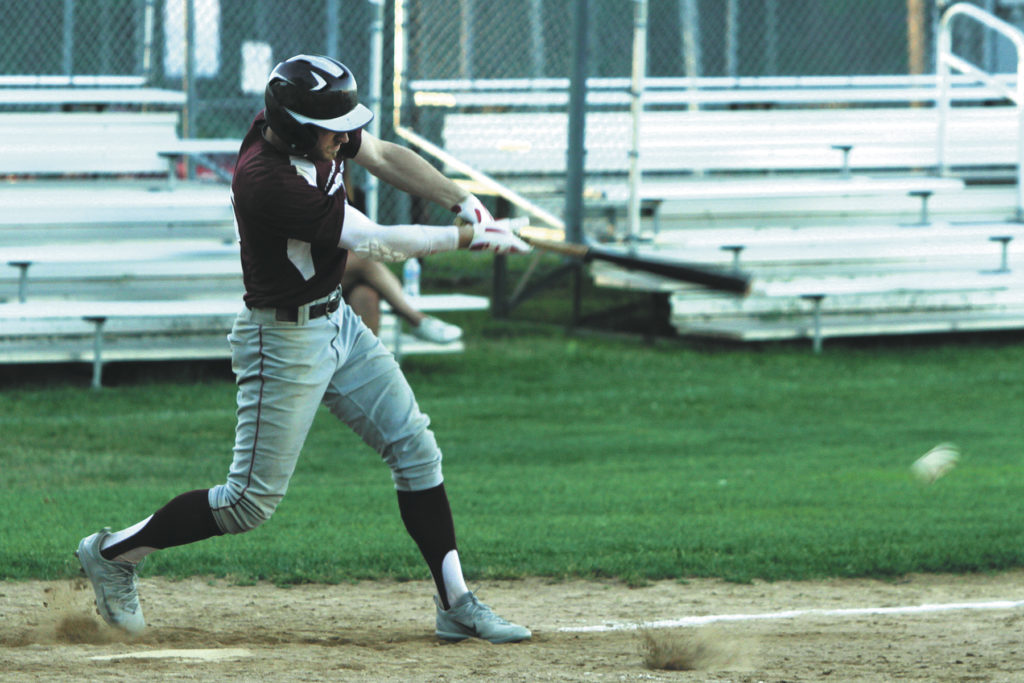 When an athlete the caliber of Justin Grassini, yes that Justin Grassini (record 45 TD passes as a senior at Merrimack High) gives up football, you know the choice wasn’t easy.

In fact, it was excruciating. And it might get a little tougher before it gets better.

“It was a hard decision, and it’s going to be hard,” said Grassini, who has given up the game after one year at SUNY-Cortland and will focus strictly on baseball as he transfers to Northern Essex Community College in Massachusetts.

“I definitely will be thinking about it (when the preseason starts up in August). I’m playing some flag football at the Bedford Sportsplex to stay with it. I do love it still. I’ll play as much as I can, just no contact anymore.”

Step one to baseball full-time was the return for Grassini to the diamond with the Merrimack Post 98 American Legion team, where he’ll play shortstop and take a regular turn on the mound.

Grassini earned the opening-day win in relief after a strong day at short against Portsmouth, but he knows the best is yet to come.

“I decided I wanted an extra year of eligibility so I quit about a month in to the season at Cortland,” said Grassini. “After baseball season (last summer) it just seemed like there was a lot going on. We talked about (NECC) before I went to Cortland, but I just really wanted to try playing football and baseball. It’s what I wanted to do.

“Halfway through the baseball season, I was like, I just want to play baseball. There was an awful lot going on, I just wanted to settle down into the one sport. I decided to try and give it a second chance at Northern Essex.” Working the kinks out has taken some work.

“It was a hard transition, having a few months off at college, it took me a few practices to get back in it,” he said. “Building my arm strength up again, I got into a throwing program, and it helped a lot to get ready for this. It will take a few games to get back at the plate.”

Grassini is headed to high-level baseball at NECC. The Knights have dominated this district and perennially play in the NJCAA World Series under head coach Jeff Mejia. For now, though, he’s focused with Post 98,.

“We can be a pretty good team. We’ve got a lot of pitching this year, which we haven’t had in the last few years.”

, so that’s going to help out a lot,” said Grassini. “Most of the returners know what they’re doing, and we’re just trying to help the young kids get better every day. Once they come along, at about a quarter of the way through the season, we should be pretty good.”