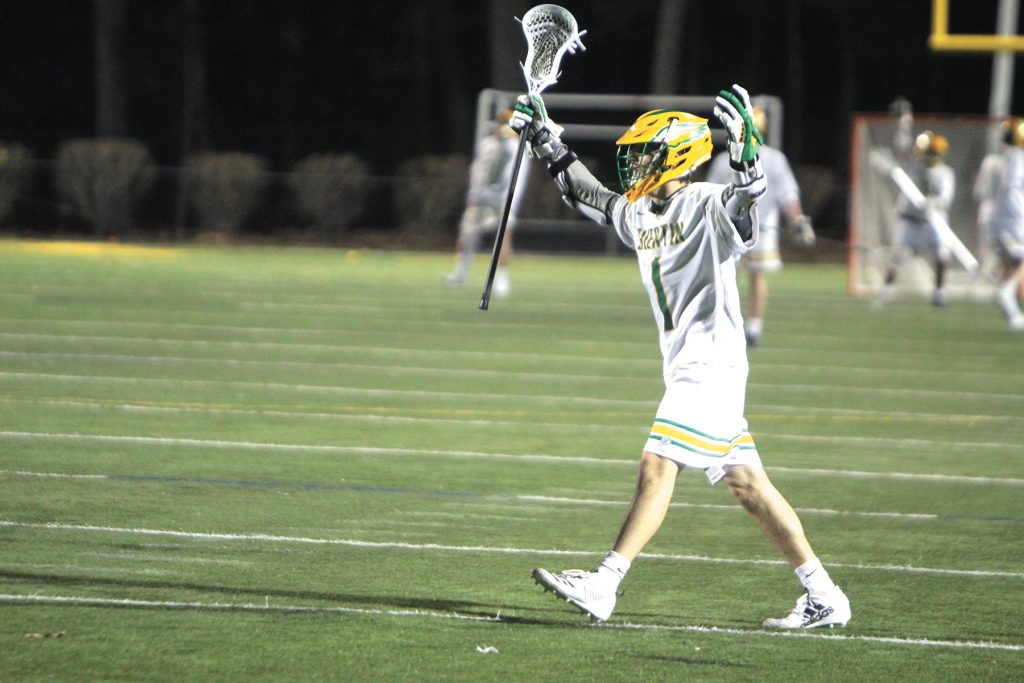 After eight seasons as the head coach at Kearsarge High School, Zach Matthews is making the step up to the big leagues.

The former Plymouth State star is the new varsity football head coach at Bedford High School. He replaces Derek Stank, who moved on San Marcos (Calif.) High School after guiding the Bulldogs to an undefeated, Division I state championship-winning 2018.season.

Matthews, who lives in Wilmot but will move to Bedford once the school year is completed, will teach physical education at BHS while assuming control of arguably the state’s dominant football power.

Bedford has won two of the last three Division I titles, in fact, and made the playoffs in all four of Stank’s seasons.

In his tenure at Kearsarge, Matthews led his team to the playoffs on five occasions, posting a 37-35 mark.

Pushed to the limit against unbeaten Exeter, Bedford High relied on the top doubles team of Jason Boucher and Derek Dong to pull out a dramatic 8-6 decision to clinch the 5-4 win.

Boucher rolled at first singles, 8-0, and Tyler Whitney was the man at No. 2 with an 8-3 win. Nick Bayer’s win at No. 4 made a split of the six singles matches.

Whitney and Bodhan Higley won a at second doubles.

After an uncharacteristic 0-2 start, Billy Chapman’s Bedford High baseballers jumped into the win column with an 8-4 win over Dover on Tuesday.

Before the win, the Bulldogs dropped their home opener, 12-10 to Concord, after leading 10-8 in the seventh.

Jared Neikam paced the Bulldogs with three hits including another solo homer. Zach Fletcher collected three singles, and Alex Douidi had two hits including a double. Ryan Juliano had a triple and Anibal doubled.

Anibal homered and had a pair of singles.

The Bulldogs softball team thumped Keene to open the year, 9-1, before dropping a tough, 7-5 decision to Concord.

Caroline O’Donnell went 3 for 3 and had four RBIs in the opener, and Erica Barley hit two, two-run homers to power the offense in the win.

Maddie Fraitzl allowed one run on five hits, issued no walks and went 3 for 4 at the plate.