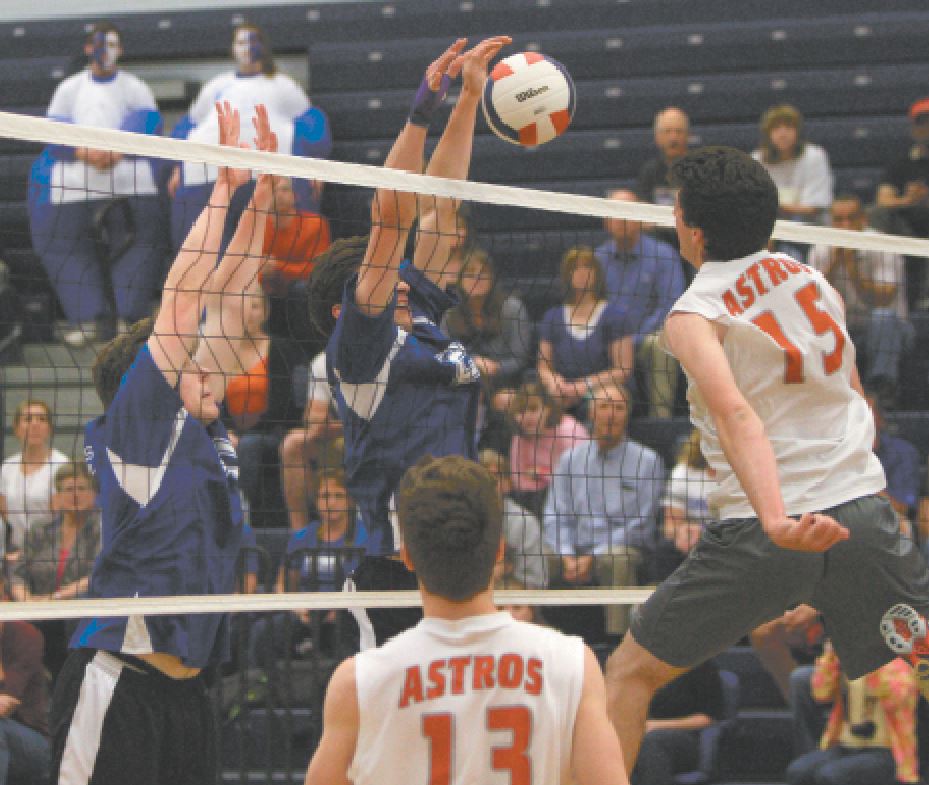 The Cavaliers took the first set, beginning proceedings by going on a 7-0 run. Pinkerton eventually tied the first set at 12-12, but the Cavaliers then immediately went on another 9-0 run, spearheaded by Mike Moscatelli.

Pinkerton could only muster 13 points in the first set loss, but they’d bounce back quickly in the second set, highlighted by a string of six straight points during service from Sean Galusha that built the Astros’ lead up to 9-2 at its zenith.

Hollis Brookline would tie things up twice, but wasn’t able to grab a lead, falling in that set 25-21.

The Cavs kept things close through most of the third set before conceding to Pinkerton 25-19 and a late rally almost sent the contest to a fifth set, as Pinkerton had only a two-point lead when they clinched the fourth set and a trip to Saturday’s final.

“In that fourth set we had so many errors, the third set and the fourth set. Once we cleaned up those errors, we started fighting back,” Hollis Brookline coach Ed Leonard said. “I think if we went five, we could have pulled it out. They looked tired, we looked tired, everything was getting sloppy on both sides. It was a great fought match.”

Hunter Hazard had 11 kills for the Astros and senior Cobi Moore, who was named the state’s Player of the Year earlier this month, contributed 26 assists.

Leonard found satisfaction with his team’s season. After losing nine seniors from last year’s defending state champions, a semifinal appearance proved to be a successful result in his eyes.

“I feel good, I think we had a good season, I think we did a lot with a very limited team,” he said. “This game is getting faster and faster as we go. I’m glad we got to this point – winning season for me.”

Top-seeded Pinkerton returned to North on Saturday to meet second-seeded Timberlane to determine this year’s champion.

“We managed to beat them at their place, but that doesn’t mean anything, now it’s a whole new year,” he said.

The Owls prevailed, sweeping the match for a 3-0 championship triumph. The victory marked Timberlane’s second title in three years.